1“Then the Kingdom of Heaven will be like ten virgins who took their lamps and went out to meet the bridegroom.2Five of them were foolish, and five were wise.3Those who were foolish, when they took their lamps, took no oil with them,4but the wise took oil in their vessels with their lamps.5Now while the bridegroom delayed, they all slumbered and slept.6But at midnight there was a cry, ‘Behold! The bridegroom is coming! Come out to meet him!’7Then all those virgins arose, and trimmed their lamps.8The foolish said to the wise, ‘Give us some of your oil, for our lamps are going out.’9But the wise answered, saying, ‘What if there isn’t enough for us and you? You go rather to those who sell, and buy for yourselves.’10While they went away to buy, the bridegroom came, and those who were ready went in with him to the wedding feast, and the door was shut.11Afterward the other virgins also came, saying, ‘Lord, Lord, open to us.’12But he answered, ‘Most certainly I tell you, I don’t know you.’13Watch therefore, for you don’t know the day nor the hour in which the Son of Man is coming.

14“For it is like a man going into another country, who called his own servants and entrusted his goods to them.15To one he gave five talents,to another two, to another one, to each according to his own ability. Then he went on his journey.16Immediately he who received the five talents went and traded with them, and made another five talents.17In the same way, he also who got the two gained another two.18But he who received the one talent went away and dug in the earth and hid his lord’s money.

21“His lord said to him, ‘Well done, good and faithful servant. You have been faithful over a few things, I will set you over many things. Enter into the joy of your lord.’

22“He also who got the two talents came and said, ‘Lord, you delivered to me two talents. Behold, I have gained another two talents in addition to them.’

23“His lord said to him, ‘Well done, good and faithful servant. You have been faithful over a few things. I will set you over many things. Enter into the joy of your lord.’

26“But his lord answered him, ‘You wicked and slothful servant. You knew that I reap where I didn’t sow, and gather where I didn’t scatter.27You ought therefore to have deposited my money with the bankers, and at my coming I should have received back my own with interest.28Take away therefore the talent from him and give it to him who has the ten talents.29For to everyone who has will be given, and he will have abundance, but from him who doesn’t have, even that which he has will be taken away.30Throw out the unprofitable servant into the outer darkness, where there will be weeping and gnashing of teeth.’

31“But when the Son of Man comes in his glory, and all the holy angels with him, then he will sit on the throne of his glory.32Before him all the nations will be gathered, and he will separate them one from another, as a shepherd separates the sheep from the goats.33He will set the sheep on his right hand, but the goats on the left.34Then the King will tell those on his right hand, ‘Come, blessed of my Father, inherit the Kingdom prepared for you from the foundation of the world;35for I was hungry and you gave me food to eat. I was thirsty and you gave me drink. I was a stranger and you took me in.36I was naked and you clothed me. I was sick and you visited me. I was in prison and you came to me.’

40“The King will answer them, ‘Most certainly I tell you, because you did it to one of the least of these my brothers, you did it to me.’41Then he will say also to those on the left hand, ‘Depart from me, you cursed, into the eternal fire which is prepared for the devil and his angels;42for I was hungry, and you didn’t give me food to eat; I was thirsty, and you gave me no drink;43I was a stranger, and you didn’t take me in; naked, and you didn’t clothe me; sick, and in prison, and you didn’t visit me.’

44“Then they will also answer, saying, ‘Lord, when did we see you hungry, or thirsty, or a stranger, or naked, or sick, or in prison, and didn’t help you?’ 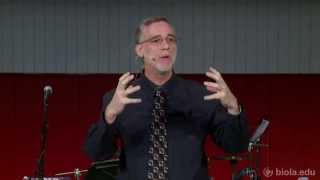