For the Chief Musician. A Psalm by David. A song.

Let his enemies be scattered!

Let them who hate him also flee before him.

2As smoke is driven away,

so drive them away.

As wax melts before the fire,

so let the wicked perish at the presence of God.

3But let the righteous be glad.

Let them rejoice before God.

Yes, let them rejoice with gladness.

4Sing to God! Sing praises to his name!

Extol him who rides on the clouds:

to Yah, his name!

5A father of the fatherless, and a defender of the widows,

is God in his holy habitation.

6God sets the lonely in families.

He brings out the prisoners with singing,

but the rebellious dwell in a sun-scorched land.

7God, when you went out before your people,

when you marched through the wilderness...

at the presence of God, the God of Israel.

9You, God, sent a plentiful rain.

You confirmed your inheritance when it was weary.

You, God, prepared your goodness for the poor.

11The Lord announced the word.

The ones who proclaim it are a great company.

She who waits at home divides the plunder,

13while you sleep among the camp fires,

the wings of a dove sheathed with silver,

her feathers with shining gold.

14When the Almighty scattered kings in her,

it snowed on Zalmon.

15The mountains of Bashan are majestic mountains.

The mountains of Bashan are rugged.

16Why do you look in envy, you rugged mountains,

at the mountain where God chooses to reign?

Yes, Yahweh will dwell there forever.

The Lord is among them, from Sinai, into the sanctuary.

18You have ascended on high.

You have led away captives.

You have received gifts among people,

yes, among the rebellious also, that Yah God might dwell there.

19Blessed be the Lord, who daily bears our burdens,

even the God who is our salvation.

20God is to us a God of deliverance.

To Yahweh, the Lord, belongs escape from death.

21But God will strike through the head of his enemies,

the hairy scalp of such a one as still continues in his guiltiness.

22The Lord said, “I will bring you again from Bashan,

I will bring you again from the depths of the sea,

23that you may crush them, dipping your foot in blood,

that the tongues of your dogs may have their portion from your enemies.”

24They have seen your processions, God,

even the processions of my God, my King, into the sanctuary.

25The singers went before, the minstrels followed after,

among the ladies playing with tambourines,

26“Bless God in the congregations,

even the Lord in the assembly of Israel!”

27There is little Benjamin, their ruler,

the princes of Judah, their council,

28Your God has commanded your strength.

Strengthen, God, that which you have done for us.

29Because of your temple at Jerusalem,

kings shall bring presents to you.

30Rebuke the wild animal of the reeds,

the multitude of the bulls with the calves of the peoples.

Trample under foot the bars of silver.

Scatter the nations who delight in war.

31Princes shall come out of Egypt.

Ethiopia shall hurry to stretch out her hands to God.

32Sing to God, you kingdoms of the earth!

Sing praises to the Lord—

33to him who rides on the heaven of heavens, which are of old;

behold, he utters his voice, a mighty voice.

His excellency is over Israel,

his strength is in the skies.

35You are awesome, God, in your sanctuaries.

The God of Israel gives strength and power to his people.

Praise be to God! 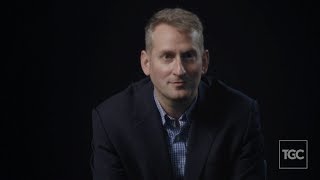