1He said to them, “Most certainly I tell you, there are some standing here who will in no way taste death until they see God’s Kingdom come with power.”

2After six days Jesus took with him Peter, James, and John, and brought them up onto a high mountain privately by themselves, and he was changed into another form in front of them. 3His clothing became glistening, exceedingly white, like snow, such as no launderer on earth can whiten them. 4Elijah and Moses appeared to them, and they were talking with Jesus.

5Peter answered Jesus, “Rabbi, it is good for us to be here. Let’s make three tents: one for you, one for Moses, and one for Elijah.” 6For he didn’t know what to say, for they were very afraid.

7A cloud came, overshadowing them, and a voice came out of the cloud, “This is my beloved Son. Listen to him.”

8Suddenly looking around, they saw no one with them any more, except Jesus only.

9As they were coming down from the mountain, he commanded them that they should tell no one what things they had seen, until after the Son of Man had risen from the dead. 10They kept this saying to themselves, questioning what the “rising from the dead” meant.

11They asked him, saying, “Why do the scribes say that Elijah must come first?”

12He said to them, “Elijah indeed comes first, and restores all things. How is it written about the Son of Man, that he should suffer many things and be despised?13But I tell you that Elijah has come, and they have also done to him whatever they wanted to, even as it is written about him.”

14Coming to the disciples, he saw a great multitude around them, and scribes questioning them. 15Immediately all the multitude, when they saw him, were greatly amazed, and running to him, greeted him. 16He asked the scribes, “What are you asking them?”

17One of the multitude answered, “Teacher, I brought to you my son, who has a mute spirit; 18and wherever it seizes him, it throws him down; and he foams at the mouth, grinds his teeth, and becomes rigid. I asked your disciples to cast it out, and they weren’t able.”

20They brought him to him, and when he saw him, immediately the spirit convulsed him and he fell on the ground, wallowing and foaming at the mouth.

21He asked his father, “How long has it been since this has been happening to him?”

He said, “From childhood. 22Often it has cast him both into the fire and into the water to destroy him. But if you can do anything, have compassion on us and help us.”

23Jesus said to him, “If you can believe, all things are possible to him who believes.”

24Immediately the father of the child cried out with tears, “I believe. Help my unbelief!”

25When Jesus saw that a multitude came running together, he rebuked the unclean spirit, saying to him, “You mute and deaf spirit, I command you, come out of him, and never enter him again!”

26After crying out and convulsing him greatly, it came out of him. The boy became like one dead, so much that most of them said, “He is dead.” 27But Jesus took him by the hand and raised him up; and he arose.

28When he had come into the house, his disciples asked him privately, “Why couldn’t we cast it out?”

29He said to them, “This kind can come out by nothing but by prayer and fasting.”

30They went out from there and passed through Galilee. He didn’t want anyone to know it, 31for he was teaching his disciples, and said to them, “The Son of Man is being handed over to the hands of men, and they will kill him; and when he is killed, on the third day he will rise again.”

32But they didn’t understand the saying, and were afraid to ask him.

33He came to Capernaum, and when he was in the house he asked them, “What were you arguing among yourselves on the way?”

34But they were silent, for they had disputed with one another on the way about who was the greatest.

39But Jesus said, “Don’t forbid him, for there is no one who will do a mighty work in my name and be able quickly to speak evil of me.40For whoever is not against us is on our side.41For whoever will give you a cup of water to drink in my name because you are Christ’s, most certainly I tell you, he will in no way lose his reward. 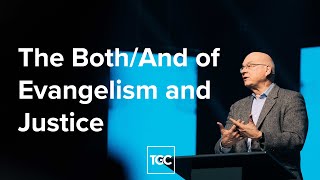 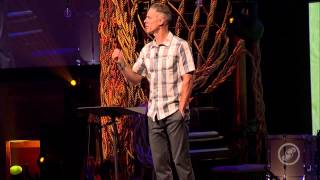