1Whoever believes that Jesus is the Christ has been born of God. Whoever loves the Father also loves the child who is born of him. 2By this we know that we love the children of God, when we love God and keep his commandments. 3For this is loving God, that we keep his commandments. His commandments are not grievous. 4For whatever is born of God overcomes the world. This is the victory that has overcome the world: your faith. 5Who is he who overcomes the world, but he who believes that Jesus is the Son of God?

6This is he who came by water and blood, Jesus Christ; not with the water only, but with the water and the blood. It is the Spirit who testifies, because the Spirit is the truth. 7For there are three who testify:8the Spirit, the water, and the blood; and the three agree as one. 9If we receive the witness of men, the witness of God is greater; for this is God’s testimony which he has testified concerning his Son. 10He who believes in the Son of God has the testimony in himself. He who doesn’t believe God has made him a liar, because he has not believed in the testimony that God has given concerning his Son. 11The testimony is this: that God gave to us eternal life, and this life is in his Son. 12He who has the Son has the life. He who doesn’t have God’s Son doesn’t have the life. 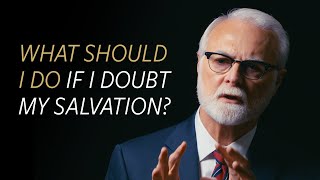