1Then Pharisees and scribes came to Jesus from Jerusalem, saying, 2“Why do your disciples disobey the tradition of the elders? For they don’t wash their hands when they eat bread.”

3He answered them, “Why do you also disobey the commandment of God because of your tradition?4For God commanded, ‘Honor your father and your mother,’and, ‘He who speaks evil of father or mother, let him be put to death.’5But you say, ‘Whoever may tell his father or his mother, “Whatever help you might otherwise have gotten from me is a gift devoted to God,”6he shall not honor his father or mother.’ You have made the commandment of God void because of your tradition.7You hypocrites! Well did Isaiah prophesy of you, saying,

and honor me with their lips;

21Jesus went out from there and withdrew into the region of Tyre and Sidon. 22Behold, a Canaanite woman came out from those borders and cried, saying, “Have mercy on me, Lord, you son of David! My daughter is severely possessed by a demon!”

25But she came and worshiped him, saying, “Lord, help me.”

28Then Jesus answered her, “Woman, great is your faith! Be it done to you even as you desire.” And her daughter was healed from that hour.

29Jesus departed from there and came near to the sea of Galilee; and he went up on the mountain and sat there. 30Great multitudes came to him, having with them the lame, blind, mute, maimed, and many others, and they put them down at his feet. He healed them, 31so that the multitude wondered when they saw the mute speaking, the injured healed, the lame walking, and the blind seeing—and they glorified the God of Israel.

32Jesus summoned his disciples and said, “I have compassion on the multitude, because they have continued with me now three days and have nothing to eat. I don’t want to send them away fasting, or they might faint on the way.”

34Jesus said to them, “How many loaves do you have?” 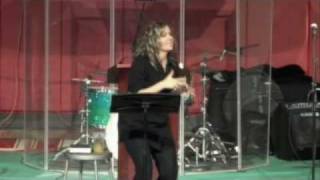