1Let brotherly love continue. 2Don’t forget to show hospitality to strangers, for in doing so, some have entertained angels without knowing it. 3Remember those who are in bonds, as bound with them, and those who are ill-treated, since you are also in the body. 4Let marriage be held in honor among all, and let the bed be undefiled; but God will judge the sexually immoral and adulterers.

5Be free from the love of money, content with such things as you have, for he has said, “I will in no way leave you, neither will I in any way forsake you.”6So that with good courage we say,

7Remember your leaders, men who spoke to you the word of God, and considering the results of their conduct, imitate their faith. 8Jesus Christ is the same yesterday, today, and forever. 9Don’t be carried away by various and strange teachings, for it is good that the heart be established by grace, not by foods, through which those who were so occupied were not benefited.

10We have an altar from which those who serve the holy tabernacle have no right to eat. 11For the bodies of those animals, whose blood is brought into the holy place by the high priest as an offering for sin, are burned outside of the camp.12Therefore Jesus also, that he might sanctify the people through his own blood, suffered outside of the gate. 13Let’s therefore go out to him outside of the camp, bearing his reproach. 14For we don’t have here an enduring city, but we seek that which is to come. 15Through him, then, let’s offer up a sacrifice of praise to God continually, that is, the fruit of lips which proclaim allegiance to his name. 16But don’t forget to be doing good and sharing, for with such sacrifices God is well pleased.

18Pray for us, for we are persuaded that we have a good conscience, desiring to live honorably in all things. 19I strongly urge you to do this, that I may be restored to you sooner.

20Now may the God of peace, who brought again from the dead the great shepherd of the sheep with the blood of an eternal covenant, our Lord Jesus, 21make you complete in every good work to do his will, working in you that which is well pleasing in his sight, through Jesus Christ, to whom be the glory forever and ever. Amen.

24Greet all of your leaders and all the saints. The Italians greet you. 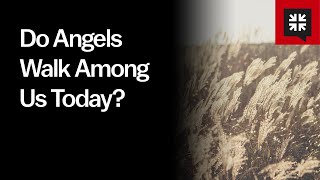 Do Angels Walk Among Us Today? 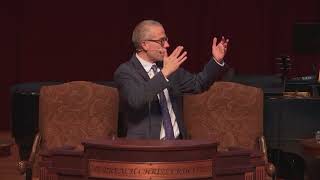