1“Now these are the ordinances which you shall set before them:

7“If a man sells his daughter to be a female servant, she shall not go out as the male servants do. 8If she doesn’t please her master, who has married her to himself, then he shall let her be redeemed. He shall have no right to sell her to a foreign people, since he has dealt deceitfully with her. 9If he marries her to his son, he shall deal with her as a daughter. 10If he takes another wife to himself, he shall not diminish her food, her clothing, and her marital rights. 11If he doesn’t do these three things for her, she may go free without paying any money.

12“One who strikes a man so that he dies shall surely be put to death, 13but not if it is unintentional, but God allows it to happen; then I will appoint you a place where he shall flee. 14If a man schemes and comes presumptuously on his neighbor to kill him, you shall take him from my altar, that he may die.

15“Anyone who attacks his father or his mother shall be surely put to death.

16“Anyone who kidnaps someone and sells him, or if he is found in his hand, he shall surely be put to death.

17“Anyone who curses his father or his mother shall surely be put to death.

18“If men quarrel and one strikes the other with a stone, or with his fist, and he doesn’t die, but is confined to bed; 19if he rises again and walks around with his staff, then he who struck him shall be cleared; only he shall pay for the loss of his time, and shall provide for his healing until he is thoroughly healed.

20“If a man strikes his servant or his maid with a rod, and he dies under his hand, the man shall surely be punished. 21Notwithstanding, if his servant gets up after a day or two, he shall not be punished, for the servant is his property.

22“If men fight and hurt a pregnant woman so that she gives birth prematurely, and yet no harm follows, he shall be surely fined as much as the woman’s husband demands and the judges allow. 23But if any harm follows, then you must take life for life, 24eye for eye, tooth for tooth, hand for hand, foot for foot, 25burning for burning, wound for wound, and bruise for bruise.

28“If a bull gores a man or a woman to death, the bull shall surely be stoned, and its meat shall not be eaten; but the owner of the bull shall not be held responsible. 29But if the bull had a habit of goring in the past, and this has been testified to its owner, and he has not kept it in, but it has killed a man or a woman, the bull shall be stoned, and its owner shall also be put to death. 30If a ransom is imposed on him, then he shall give for the redemption of his life whatever is imposed. 31Whether it has gored a son or has gored a daughter, according to this judgment it shall be done to him. 32If the bull gores a male servant or a female servant, thirty shekels of silver shall be given to their master, and the ox shall be stoned.

33“If a man opens a pit, or if a man digs a pit and doesn’t cover it, and a bull or a donkey falls into it, 34the owner of the pit shall make it good. He shall give money to its owner, and the dead animal shall be his.

35“If one man’s bull injures another’s, so that it dies, then they shall sell the live bull, and divide its price; and they shall also divide the dead animal. 36Or if it is known that the bull was in the habit of goring in the past, and its owner has not kept it in, he shall surely pay bull for bull, and the dead animal shall be his own.

The Book of Exodus - Part 2

In Exodus, the Israelites come to Mt. Sinai, where God invites them into a co... 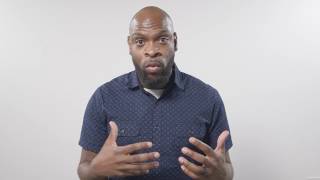 How Do We Interpret Tough Texts in Exodus? 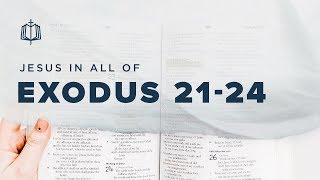 SOCIAL LAWS | Bible Study | Jesus In All of Exo...