1Now there was a certain man in Caesarea, Cornelius by name, a centurion of what was called the Italian Regiment, 2a devout man, and one who feared God with all his house, who gave gifts for the needy generously to the people, and always prayed to God. 3At about the ninth hour of the day, he clearly saw in a vision an angel of God coming to him and saying to him, “Cornelius!”

4He, fastening his eyes on him and being frightened, said, “What is it, Lord?”

He said to him, “Your prayers and your gifts to the needy have gone up for a memorial before God. 5Now send men to Joppa, and get Simon, who is also called Peter. 6He is staying with a tanner named Simon, whose house is by the seaside.

7When the angel who spoke to him had departed, Cornelius called two of his household servants and a devout soldier of those who waited on him continually. 8Having explained everything to them, he sent them to Joppa.

9Now on the next day as they were on their journey and got close to the city, Peter went up on the housetop to pray at about noon. 10He became hungry and desired to eat, but while they were preparing, he fell into a trance. 11He saw heaven opened and a certain container descending to him, like a great sheet let down by four corners on the earth, 12in which were all kinds of four-footed animals of the earth, wild animals, reptiles, and birds of the sky. 13A voice came to him, “Rise, Peter, kill and eat!”

14But Peter said, “Not so, Lord; for I have never eaten anything that is common or unclean.”

15A voice came to him again the second time, “What God has cleansed, you must not call unclean.”16This was done three times, and immediately the thing was received up into heaven.

17Now while Peter was very perplexed in himself what the vision which he had seen might mean, behold, the men who were sent by Cornelius, having made inquiry for Simon’s house, stood before the gate, 18and called and asked whether Simon, who was also called Peter, was lodging there. 19While Peter was pondering the vision, the Spirit said to him, “Behold, three men seek you. 20But arise, get down, and go with them, doubting nothing; for I have sent them.”

21Peter went down to the men, and said, “Behold, I am he whom you seek. Why have you come?”

22They said, “Cornelius, a centurion, a righteous man and one who fears God, and well spoken of by all the nation of the Jews, was directed by a holy angel to invite you to his house, and to listen to what you say.” 23So he called them in and provided a place to stay.

On the next day Peter arose and went out with them, and some of the brothers from Joppa accompanied him. 24On the next day they entered into Caesarea. Cornelius was waiting for them, having called together his relatives and his near friends. 25When Peter entered, Cornelius met him, fell down at his feet, and worshiped him. 26But Peter raised him up, saying, “Stand up! I myself am also a man.” 27As he talked with him, he went in and found many gathered together. 28He said to them, “You yourselves know how it is an unlawful thing for a man who is a Jew to join himself or come to one of another nation, but God has shown me that I shouldn’t call any man unholy or unclean. 29Therefore I also came without complaint when I was sent for. I ask therefore, why did you send for me?”

30Cornelius said, “Four days ago, I was fasting until this hour; and at the ninth hour, I prayed in my house, and behold, a man stood before me in bright clothing 31and said, ‘Cornelius, your prayer is heard, and your gifts to the needy are remembered in the sight of God. 32Send therefore to Joppa and summon Simon, who is also called Peter. He is staying in the house of a tanner named Simon, by the seaside. When he comes, he will speak to you.’ 33Therefore I sent to you at once, and it was good of you to come. Now therefore we are all here present in the sight of God to hear all things that have been commanded you by God.”

34Peter opened his mouth and said, “Truly I perceive that God doesn’t show favoritism; 35but in every nation he who fears him and works righteousness is acceptable to him. 36The word which he sent to the children of Israel, preaching good news of peace by Jesus Christ—he is Lord of all— 37you yourselves know what happened, which was proclaimed throughout all Judea, beginning from Galilee, after the baptism which John preached; 38how God anointed Jesus of Nazareth with the Holy Spirit and with power, who went about doing good and healing all who were oppressed by the devil, for God was with him. 39We are witnesses of everything he did both in the country of the Jews and in Jerusalem; whom they also killed, hanging him on a tree. 40God raised him up the third day and gave him to be revealed, 41not to all the people, but to witnesses who were chosen before by God, to us, who ate and drank with him after he rose from the dead. 42He commanded us to preach to the people and to testify that this is he who is appointed by God as the Judge of the living and the dead. 43All the prophets testify about him, that through his name everyone who believes in him will receive remission of sins.”

44While Peter was still speaking these words, the Holy Spirit fell on all those who heard the word. 45They of the circumcision who believed were amazed, as many as came with Peter, because the gift of the Holy Spirit was also poured out on the Gentiles. 46For they heard them speaking in other languages and magnifying God.

Then Peter answered, 47“Can anyone forbid these people from being baptized with water? They have received the Holy Spirit just like us.” 48He commanded them to be baptized in the name of Jesus Christ. Then they asked him to stay some days. 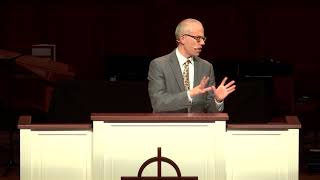