16The Spirit himself testifies with our spirit that we are children of God; 17and if children, then heirs—heirs of God and joint heirs with Messiah, if indeed we suffer with him, that we may also be glorified with him.

18For I consider that the sufferings of this present time are not worthy to be compared with the glory which will be revealed toward us. 19For the creation waits with eager expectation for the children of God to be revealed. 20For the creation was subjected to vanity, not of its own will, but because of him who subjected it, in hope 21that the creation itself also will be delivered from the bondage of decay into the liberty of the glory of the children of God. 22For we know that the whole creation groans and travails in pain together until now. 23Not only so, but ourselves also, who have the first fruits of the Spirit, even we ourselves groan within ourselves, waiting for adoption, the redemption of our body. 24For we were saved in hope, but hope that is seen is not hope. For who hopes for that which he sees? 25But if we hope for that which we don’t see, we wait for it with patience.

31What then shall we say about these things? If God is for us, who can be against us? 32He who didn’t spare his own Son, but delivered him up for us all, how would he not also with him freely give us all things? 33Who could bring a charge against God’s chosen ones? It is God who justifies. 34Who is he who condemns? It is Messiah who died, yes rather, who was raised from the dead, who is at the right hand of God, who also makes intercession for us.

35Who shall separate us from the love of Messiah? Could oppression, or anguish, or persecution, or famine, or nakedness, or peril, or sword? 36Even as it is written,

“For your sake we are killed all day long.

We were accounted as sheep for the slaughter.”

37No, in all these things we are more than conquerors through him who loved us. 38For I am persuaded that neither death, nor life, nor angels, nor principalities, nor things present, nor things to come, nor powers, 39nor height, nor depth, nor any other created thing will be able to separate us from God’s love which is in Messiah Yeshua our Lord.
Romans 7
Romans 9

The Radical Renewal of Creation and the New Earth

Lausanne Global Classroom: Creation Care - Part 03 This video is part of the... 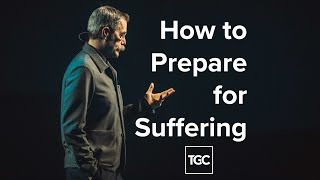 How to Prepare for Suffering

In this clip from his message at TGC’s 2019 National Conference, Paul Tripp e... 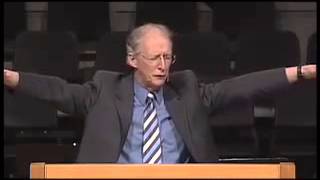