1After he had finished speaking in the hearing of the people, he entered into Capernaum. 2A certain centurion’s servant, who was dear to him, was sick and at the point of death. 3When he heard about Yeshua, he sent to him Jewish elders, asking him to come and save his servant. 4When they came to Yeshua, they begged him earnestly, saying, “He is worthy for you to do this for him, 5for he loves our nation, and he built our synagogue for us.” 6Yeshua went with them. When he was now not far from the house, the centurion sent friends to him, saying to him, “Lord, don’t trouble yourself, for I am not worthy for you to come under my roof. 7Therefore I didn’t even think myself worthy to come to you; but say the word, and my servant will be healed. 8For I also am a man placed under authority, having under myself soldiers. I tell this one, ‘Go!’ and he goes; and to another, ‘Come!’ and he comes; and to my servant, ‘Do this,’ and he does it.”

9When Yeshua heard these things, he marveled at him, and turned and said to the multitude who followed him, “I tell you, I have not found such great faith, no, not in Israel.”10Those who were sent, returning to the house, found that the servant who had been sick was well.

16Fear took hold of all, and they glorified God, saying, “A great prophet has arisen among us!” and, “God has visited his people!” 17This report went out concerning him in the whole of Judea and in all the surrounding region.

18The disciples of Yochanan told him about all these things. 19Yochanan, calling to himself two of his disciples, sent them to Yeshua, saying, “Are you the one who is coming, or should we look for another?” 20When the men had come to him, they said, “Yochanan the Immerser has sent us to you, saying, ‘Are you he who comes, or should we look for another?’ ”

21In that hour he cured many of diseases and plagues and evil spirits; and to many who were blind he gave sight. 22Yeshua answered them, “Go and tell Yochanan the things which you have seen and heard: that the blind receive their sight, the lame walk, the lepers are cleansed, the deaf hear, the dead are raised up, and the poor have good news preached to them.23Blessed is he who finds no occasion for stumbling in me.”

28“For I tell you, among those who are born of women there is not a greater prophet than Yochanan the Immerser; yet he who is least in God’s Kingdom is greater than he.”

29When all the people and the tax collectors heard this, they declared God to be just, having been immersed with Yochanan’s immersion. 30But the Pharisees and the Torah scholars rejected the counsel of God, not being immersed by him themselves.

31“To what then should I compare the people of this generation? What are they like?32They are like children who sit in the marketplace and call to one another, saying, ‘We piped to you, and you didn’t dance. We mourned, and you didn’t weep.’33For Yochanan the Immerser came neither eating bread nor drinking wine, and you say, ‘He has a demon.’34The Son of Man has come eating and drinking, and you say, ‘Behold, a glutton and a drunkard, a friend of tax collectors and sinners!’35Wisdom is justified by all her children.”

40Yeshua answered him, “Simon, I have something to tell you.” 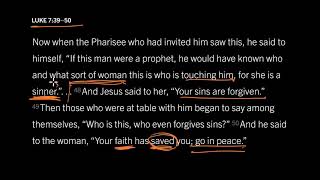 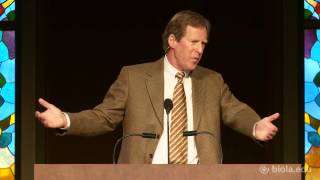