1Paul, an emissary—not from men, nor through man, but through Yeshua the Messiah, and God the Father, who raised him from the dead— 2and all the brothers who are with me, to the assemblies of Galatia: 3Grace to you and peace from God the Father and our Lord Yeshua the Messiah, 4who gave himself for our sins, that he might deliver us out of this present evil age, according to the will of our God and Father— 5to whom be the glory forever and ever. Amen.

10For am I now seeking the favor of men, or of God? Or am I striving to please men? For if I were still pleasing men, I wouldn’t be a servant of Messiah.

11But I make known to you, brothers, concerning the Good News which was preached by me, that it is not according to man. 12For I didn’t receive it from man, nor was I taught it, but it came to me through revelation of Yeshua the Messiah. 13For you have heard of my way of living in time past in Judaism, how that beyond measure I persecuted the assembly of God and ravaged it. 14I advanced in Judaism beyond many of my own age among my countrymen, being more exceedingly zealous for the traditions of my fathers. 15But when it was the good pleasure of God, who separated me from my mother’s womb and called me through his grace, 16to reveal his Son in me, that I might proclaim him among the Gentiles, I didn’t immediately confer with flesh and blood, 17nor did I go up to Jerusalem to those who were emissaries before me, but I went away into Arabia. Then I returned to Damascus.

18Then after three years I went up to Jerusalem to visit Peter, and stayed with him fifteen days. 19But of the other emissaries I saw no one except Jacob, the Lord’s brother. 20Now about the things which I write to you, behold, before God, I’m not lying. 21Then I came to the regions of Syria and Cilicia. 22I was still unknown by face to the assemblies of Judea which were in Messiah, 23but they only heard, “He who once persecuted us now preaches the faith that he once tried to destroy.” 24So they glorified God in me. 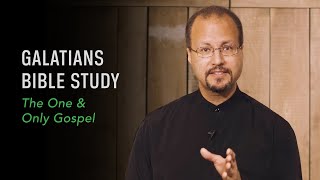 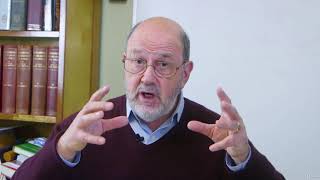