1The LORD said to Moses, “Chisel two stone tablets like the first. I will write on the tablets the words that were on the first tablets, which you broke. 2Be ready by the morning, and come up in the morning to Mount Sinai, and present yourself there to me on the top of the mountain. 3No one shall come up with you or be seen anywhere on the mountain. Do not let the flocks or herds graze in front of that mountain.”

4He chiseled two tablets of stone like the first; then Moses rose up early in the morning, and went up to Mount Sinai, as the LORD had commanded him, and took in his hand two stone tablets. 5The LORD descended in the cloud, and stood with him there, and proclaimed the LORD’s name. 6The LORD passed by before him, and proclaimed, “The LORD! The LORD, a merciful and gracious God, slow to anger, and abundant in loving kindness and truth, 7keeping loving kindness for thousands, forgiving iniquity and disobedience and sin; and who will by no means clear the guilty, visiting the iniquity of the fathers on the children, and on the children’s children, on the third and on the fourth generation.”

8Moses hurried and bowed his head toward the earth, and worshiped. 9He said, “If now I have found favor in your sight, Lord, please let the Lord go among us, even though this is a stiff-necked people; pardon our iniquity and our sin, and take us for your inheritance.”

10He said, “Behold, I make a covenant: before all your people I will do marvels, such as have not been worked in all the earth, nor in any nation; and all the people among whom you are shall see the work of the LORD; for it is an awesome thing that I do with you. 11Observe that which I command you today. Behold, I will drive out before you the Amorite, the Canaanite, the Hittite, the Perizzite, the Hivite, and the Jebusite. 12Be careful, lest you make a covenant with the inhabitants of the land where you are going, lest it be for a snare among you; 13but you shall break down their altars, and dash in pieces their pillars, and you shall cut down their Asherah poles; 14for you shall worship no other god; for the LORD, whose name is Jealous, is a jealous God.

17“You shall make no cast idols for yourselves.

22“You shall observe the feast of weeks with the first fruits of wheat harvest, and the feast of harvest at the year’s end. 23Three times in the year all your males shall appear before the Lord GOD, the God of Israel. 24For I will drive out nations before you and enlarge your borders; neither shall any man desire your land when you go up to appear before the LORD, your God, three times in the year.

25“You shall not offer the blood of my sacrifice with leavened bread. The sacrifice of the feast of the Passover shall not be left to the morning.

26“You shall bring the first of the first fruits of your ground to the house of the LORD your God.

“You shall not boil a young goat in its mother’s milk.”

27The LORD said to Moses, “Write these words; for in accordance with these words I have made a covenant with you and with Israel.”

28He was there with the LORD forty days and forty nights; he neither ate bread, nor drank water. He wrote on the tablets the words of the covenant, the ten commandments.

29When Moses came down from Mount Sinai with the two tablets of the covenant in Moses’ hand, when he came down from the mountain, Moses didn’t know that the skin of his face shone by reason of his speaking with him. 30When Aaron and all the children of Israel saw Moses, behold, the skin of his face shone; and they were afraid to come near him. 31Moses called to them, and Aaron and all the rulers of the congregation returned to him; and Moses spoke to them. 32Afterward all the children of Israel came near, and he gave them all the commandments that the LORD had spoken with him on Mount Sinai. 33When Moses was done speaking with them, he put a veil on his face. 34But when Moses went in before the LORD to speak with him, he took the veil off, until he came out; and he came out, and spoke to the children of Israel that which he was commanded. 35The children of Israel saw Moses’ face, that the skin of Moses’ face shone; so Moses put the veil on his face again, until he went in to speak with him. 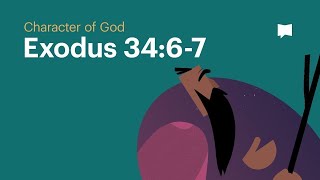 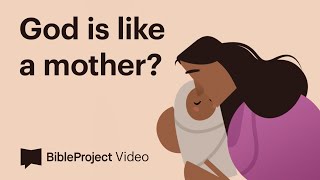 Compassion is a deeply emotional word used to convey the strong bond between ... 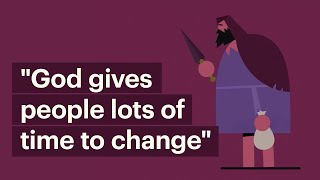