1You therefore, my child, be strengthened in the grace that is in Messiah Yeshua. 2The things which you have heard from me among many witnesses, commit the same things to faithful men who will be able to teach others also. 3You therefore must endure hardship as a good soldier of Messiah Yeshua. 4No soldier on duty entangles himself in the affairs of life, that he may please him who enrolled him as a soldier. 5Also, if anyone competes in athletics, he isn’t crowned unless he has competed by the rules. 6The farmer who labors must be the first to get a share of the crops. 7Consider what I say, and may the Lord give you understanding in all things.

8Remember Yeshua the Messiah, risen from the dead, of the offspring of David, according to my Good News, 9in which I suffer hardship to the point of chains as a criminal. But God’s word isn’t chained. 10Therefore I endure all things for the chosen ones’ sake, that they also may obtain the salvation which is in Messiah Yeshua with eternal glory. 11This saying is trustworthy:

“For if we died with him,

we will also live with him.

we will also reign with him.

If we deny him,

he also will deny us.

13If we are faithless,

for he can’t deny himself.”

14Remind them of these things, charging them in the sight of the Lord that they don’t argue about words to no profit, to the subverting of those who hear.

15Give diligence to present yourself approved by God, a workman who doesn’t need to be ashamed, properly handling the Word of Truth. 16But shun empty chatter, for it will go further in ungodliness, 17and those words will consume like gangrene, of whom is Hymenaeus and Philetus: 18men who have erred concerning the truth, saying that the resurrection is already past, and overthrowing the faith of some. 19However, God’s firm foundation stands, having this seal: “The Lord knows those who are his,” and, “Let every one who names the name of the Lord depart from unrighteousness.”

20Now in a large house there are not only vessels of gold and of silver, but also of wood and of clay. Some are for honor and some for dishonor. 21If anyone therefore purges himself from these, he will be a vessel for honor, sanctified, and suitable for the master’s use, prepared for every good work.

22Flee from youthful lusts; but pursue righteousness, faith, love, and peace with those who call on the Lord out of a pure heart. 23But refuse foolish and ignorant questionings, knowing that they generate strife. 24The Lord’s servant must not quarrel, but be gentle toward all, able to teach, patient, 25in gentleness correcting those who oppose him. Perhaps God may give them repentance leading to a full knowledge of the truth, 26and they may recover themselves out of the devil’s snare, having been taken captive by him to do his will. 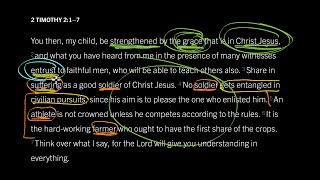 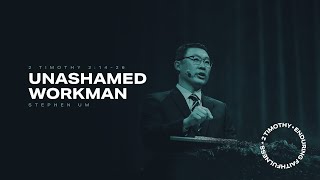 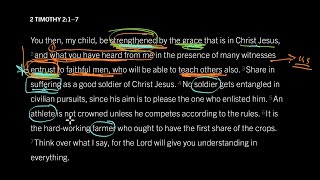 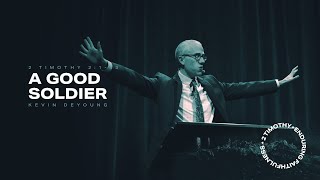 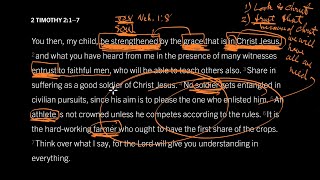 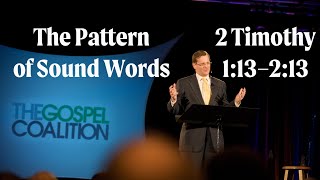