1When Isaac was old, and his eyes were dim, so that he could not see, he called Esau his elder son, and said to him, “My son?”

2He said, “See now, I am old. I don’t know the day of my death. 3Now therefore, please take your weapons, your quiver and your bow, and go out to the field, and get me venison. 4Make me savory food, such as I love, and bring it to me, that I may eat, and that my soul may bless you before I die.”

5Rebekah heard when Isaac spoke to Esau his son. Esau went to the field to hunt for venison, and to bring it. 6Rebekah spoke to Jacob her son, saying, “Behold, I heard your father speak to Esau your brother, saying, 7‘Bring me venison, and make me savory food, that I may eat, and bless you before the LORD before my death.’ 8Now therefore, my son, obey my voice according to that which I command you. 9Go now to the flock and get me two good young goats from there. I will make them savory food for your father, such as he loves. 10You shall bring it to your father, that he may eat, so that he may bless you before his death.”

11Jacob said to Rebekah his mother, “Behold, Esau my brother is a hairy man, and I am a smooth man. 12What if my father touches me? I will seem to him as a deceiver, and I would bring a curse on myself, and not a blessing.”

13His mother said to him, “Let your curse be on me, my son. Only obey my voice, and go get them for me.”

14He went, and got them, and brought them to his mother. His mother made savory food, such as his father loved. 15Rebekah took the good clothes of Esau, her elder son, which were with her in the house, and put them on Jacob, her younger son. 16She put the skins of the young goats on his hands, and on the smooth of his neck. 17She gave the savory food and the bread, which she had prepared, into the hand of her son Jacob.

19Jacob said to his father, “I am Esau your firstborn. I have done what you asked me to do. Please arise, sit and eat of my venison, that your soul may bless me.”

20Isaac said to his son, “How is it that you have found it so quickly, my son?”

He said, “Because the LORD your God gave me success.”

21Isaac said to Jacob, “Please come near, that I may feel you, my son, whether you are really my son Esau or not.”

22Jacob went near to Isaac his father. He felt him, and said, “The voice is Jacob’s voice, but the hands are the hands of Esau.” 23He didn’t recognize him, because his hands were hairy, like his brother Esau’s hands. So he blessed him. 24He said, “Are you really my son Esau?”

25He said, “Bring it near to me, and I will eat of my son’s venison, that my soul may bless you.”

He brought it near to him, and he ate. He brought him wine, and he drank. 26His father Isaac said to him, “Come near now, and kiss me, my son.” 27He came near, and kissed him. He smelled the smell of his clothing, and blessed him, and said,

“Behold, the smell of my son

is as the smell of a field which the LORD has blessed.

28God give you of the dew of the sky,

of the fatness of the earth,

and plenty of grain and new wine.

Be lord over your brothers.

Let your mother’s sons bow down to you.

Cursed be everyone who curses you.

Blessed be everyone who blesses you.”

30As soon as Isaac had finished blessing Jacob, and Jacob had just gone out from the presence of Isaac his father, Esau his brother came in from his hunting. 31He also made savory food, and brought it to his father. He said to his father, “Let my father arise, and eat of his son’s venison, that your soul may bless me.”

He said, “I am your son, your firstborn, Esau.”

33Isaac trembled violently, and said, “Who, then, is he who has taken venison, and brought it to me, and I have eaten of all before you came, and have blessed him? Yes, he will be blessed.”

34When Esau heard the words of his father, he cried with an exceedingly great and bitter cry, and said to his father, “Bless me, even me also, my father.”

35He said, “Your brother came with deceit, and has taken away your blessing.”

36He said, “Isn’t he rightly named Jacob? For he has supplanted me these two times. He took away my birthright. See, now he has taken away my blessing.” He said, “Haven’t you reserved a blessing for me?”

37Isaac answered Esau, “Behold, I have made him your lord, and all his brothers I have given to him for servants. I have sustained him with grain and new wine. What then will I do for you, my son?”

38Esau said to his father, “Do you have just one blessing, my father? Bless me, even me also, my father.” Esau lifted up his voice, and wept.

39Isaac his father answered him,

“Behold, your dwelling will be of the fatness of the earth,

and of the dew of the sky from above.

40You will live by your sword, and you will serve your brother.

It will happen, when you will break loose,

that you will shake his yoke from off your neck.”

41Esau hated Jacob because of the blessing with which his father blessed him. Esau said in his heart, “The days of mourning for my father are at hand. Then I will kill my brother Jacob.”

42The words of Esau, her elder son, were told to Rebekah. She sent and called Jacob, her younger son, and said to him, “Behold, your brother Esau comforts himself about you by planning to kill you. 43Now therefore, my son, obey my voice. Arise, flee to Laban, my brother, in Haran. 44Stay with him a few days, until your brother’s fury turns away— 45until your brother’s anger turns away from you, and he forgets what you have done to him. Then I will send, and get you from there. Why should I be bereaved of you both in one day?” 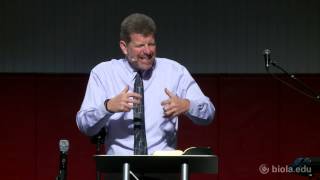