1Some men came down from Judea and taught the brothers, “Unless you are circumcised after the custom of Moses, you can’t be saved.” 2Therefore when Paul and Barnabas had no small discord and discussion with them, they appointed Paul, Barnabas, and some others of them to go up to Jerusalem to the emissaries and elders about this question. 3They, being sent on their way by the assembly, passed through both Phoenicia and Samaria, declaring the conversion of the Gentiles. They caused great joy to all the brothers. 4When they had come to Jerusalem, they were received by the assembly and the emissaries and the elders, and they reported everything that God had done with them.

5But some of the sect of the Pharisees who believed rose up, saying, “It is necessary to circumcise them, and to command them to keep the Torah of Moses.”

6The emissaries and the elders were gathered together to see about this matter. 7When there had been much discussion, Peter rose up and said to them, “Brothers, you know that a good while ago God made a choice among you that by my mouth the nations should hear the word of the Good News and believe. 8God, who knows the heart, testified about them, giving them the Holy Spirit, just like he did to us. 9He made no distinction between us and them, cleansing their hearts by faith. 10Now therefore why do you tempt God, that you should put a yoke on the neck of the disciples which neither our fathers nor we were able to bear? 11But we believe that we are saved through the grace of the Lord Yeshua, just as they are.”

12All the multitude kept silence, and they listened to Barnabas and Paul reporting what signs and wonders God had done among the nations through them. 13After they were silent, Jacob answered, “Brothers, listen to me. 14Simeon has reported how God first visited the nations to take out of them a people for his name. 15This agrees with the words of the prophets. As it is written,

18“All of God’s works are known to him from eternity. 19Therefore my judgment is that we don’t trouble those from among the Gentiles who turn to God, 20but that we write to them that they abstain from the pollution of idols, from sexual immorality, from what is strangled, and from blood. 21For Moses from generations of old has in every city those who proclaim him, being read in the synagogues every Sabbath.”

22Then it seemed good to the emissaries and the elders, with the whole assembly, to choose men out of their company, and send them to Antioch with Paul and Barnabas: Judah called Barsabbas, and Silas, chief men among the brothers. 23They wrote these things by their hand:

“The emissaries, the elders, and the brothers, to the brothers who are of the Gentiles in Antioch, Syria, and Cilicia: greetings. 24Because we have heard that some who went out from us have troubled you with words, unsettling your souls, saying, ‘You must be circumcised and keep the Torah,’ to whom we gave no commandment; 25it seemed good to us, having come to one accord, to choose out men and send them to you with our beloved Barnabas and Paul, 26men who have risked their lives for the name of our Lord Yeshua the Messiah. 27We have sent therefore Judah and Silas, who themselves will also tell you the same things by word of mouth. 28For it seemed good to the Holy Spirit, and to us, to lay no greater burden on you than these necessary things: 29that you abstain from things sacrificed to idols, from blood, from things strangled, and from sexual immorality, from which if you keep yourselves, it will be well with you. Farewell.”

30So, when they were sent off, they came to Antioch. Having gathered the multitude together, they delivered the letter. 31When they had read it, they rejoiced over the encouragement. 32Judah and Silas, also being prophets themselves, encouraged the brothers with many words and strengthened them. 33After they had spent some time there, they were dismissed in peace from the brothers to the emissaries. 3435But Paul and Barnabas stayed in Antioch, teaching and proclaiming the word of the Lord, with many others also.

36After some days Paul said to Barnabas, “Let’s return now and visit our brothers in every city in which we proclaimed the word of the Lord, to see how they are doing.” 37Barnabas planned to take Yochanan, who was called Mark, with them also. 38But Paul didn’t think that it was a good idea to take with them someone who had withdrawn from them in Pamphylia, and didn’t go with them to do the work. 39Then the contention grew so sharp that they separated from each other. Barnabas took Mark with him and sailed away to Cyprus, 40but Paul chose Silas and went out, being commended by the brothers to the grace of God. 41He went through Syria and Cilicia, strengthening the assemblies. 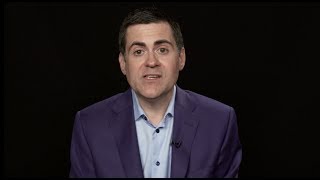