4Behold, the LORD’s word came to him, saying, “This man will not be your heir, but he who will come out of your own body will be your heir.” 5The LORD brought him outside, and said, “Look now toward the sky, and count the stars, if you are able to count them.” He said to Abram, “So your offspring will be.” 6He believed in the LORD, who credited it to him for righteousness. 7He said to Abram, “I am the LORD who brought you out of Ur-Kasdim, to give you this land to inherit it.” 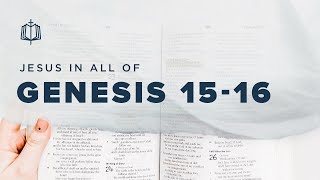