1On the third new moon after the people of Israel had gone forth out of the land of Egypt, on that day they came into the wilderness of Sinai. 2And when they set out from Rephʹidim and came into the wilderness of Sinai, they encamped in the wilderness; and there Israel encamped before the mountain. 3And Moses went up to God, and the Lord called to him out of the mountain, saying, “Thus you shall say to the house of Jacob, and tell the people of Israel: 4You have seen what I did to the Egyptians, and how I bore you on eagles’ wings and brought you to myself. 5Now therefore, if you will obey my voice and keep my covenant, you shall be my own possession among all peoples; for all the earth is mine, 6and you shall be to me a kingdom of priests and a holy nation. These are the words which you shall speak to the children of Israel.”

7So Moses came and called the elders of the people, and set before them all these words which the Lord had commanded him. 8And all the people answered together and said, “All that the Lord has spoken we will do.” And Moses reported the words of the people to the Lord. 9And the Lord said to Moses. “Lo, I am coming to you in a thick cloud, that the people may hear when I speak with you, and may also believe you for ever.”

Then Moses told the words of the people to the Lord. 10And the Lord said to Moses, “Go to the people and consecrate them today and tomorrow, and let them wash their garments, 11and be ready by the third day; for on the third day the Lord will come down upon Mount Sinai in the sight of all the people. 12And you shall set bounds for the people round about, saying, ‘Take heed that you do not go up into the mountain or touch the border of it; whoever touches the mountain shall be put to death; 13no hand shall touch him, but he shall be stoned or shot; whether beast or man, he shall not live.’ When the trumpet sounds a long blast, they shall come up to the mountain.” 14So Moses went down from the mountain to the people, and consecrated the people; and they washed their garments. 15And he said to the people, “Be ready by the third day; do not go near a woman.”

16On the morning of the third day there were thunders and lightnings, and a thick cloud upon the mountain, and a very loud trumpet blast, so that all the people who were in the camp trembled. 17Then Moses brought the people out of the camp to meet God; and they took their stand at the foot of the mountain. 18And Mount Sinai was wrapped in smoke, because the Lord descended upon it in fire; and the smoke of it went up like the smoke of a kiln, and the whole mountain quaked greatly. 19And as the sound of the trumpet grew louder and louder, Moses spoke, and God answered him in thunder. 20And the Lord came down upon Mount Sinai, to the top of the mountain; and the Lord called Moses to the top of the mountain, and Moses went up. 21And the Lord said to Moses, “Go down and warn the people, lest they break through to the Lord to gaze and many of them perish. 22And also let the priests who come near to the Lord consecrate themselves, lest the Lord break out upon them.” 23And Moses said to the Lord, “The people cannot come up to Mount Sinai; for thou thyself didst charge us, saying, ‘Set bounds about the mountain, and consecrate it.’ ” 24And the Lord said to him, “Go down, and come up bringing Aaron with you; but do not let the priests and the people break through to come up to the Lord, lest he break out against them.” 25So Moses went down to the people and told them. 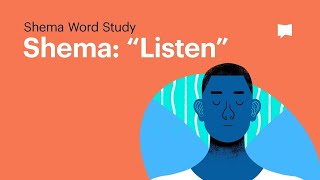 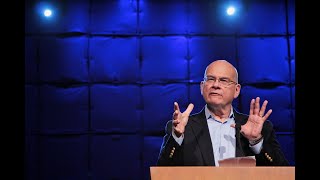 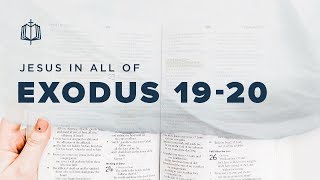