1Now concerning the matters about which you wrote. It is well for a man not to touch a woman. 2But because of the temptation to immorality, each man should have his own wife and each woman her own husband. 3The husband should give to his wife her conjugal rights, and likewise the wife to her husband. 4For the wife does not rule over her own body, but the husband does; likewise the husband does not rule over his own body, but the wife does. 5Do not refuse one another except perhaps by agreement for a season, that you may devote yourselves to prayer; but then come together again, lest Satan tempt you through lack of self-control. 6I say this by way of concession, not of command. 7I wish that all were as I myself am. But each has his own special gift from God, one of one kind and one of another.

8To the unmarried and the widows I say that it is well for them to remain single as I do. 9But if they cannot exercise self-control, they should marry. For it is better to marry than to be aflame with passion.

10To the married I give charge, not I but the Lord, that the wife should not separate from her husband 11(but if she does, let her remain single or else be reconciled to her husband)—and that the husband should not divorce his wife.

12To the rest I say, not the Lord, that if any brother has a wife who is an unbeliever, and she consents to live with him, he should not divorce her. 13If any woman has a husband who is an unbeliever, and he consents to live with her, she should not divorce him. 14For the unbelieving husband is consecrated through his wife, and the unbelieving wife is consecrated through her husband. Otherwise, your children would be unclean, but as it is they are holy. 15But if the unbelieving partner desires to separate, let it be so; in such a case the brother or sister is not bound. For God has called us to peace. 16Wife, how do you know whether you will save your husband? Husband, how do you know whether you will save your wife?

17Only, let every one lead the life which the Lord has assigned to him, and in which God has called him. This is my rule in all the churches. 18Was any one at the time of his call already circumcised? Let him not seek to remove the marks of circumcision. Was any one at the time of his call uncircumcised? Let him not seek circumcision. 19For neither circumcision counts for anything nor uncircumcision, but keeping the commandments of God. 20Every one should remain in the state in which he was called. 21Were you a slave when called? Never mind. But if you can gain your freedom, avail yourself of the opportunity. 22For he who was called in the Lord as a slave is a freedman of the Lord. Likewise he who was free when called is a slave of Christ. 23You were bought with a price; do not become slaves of men. 24So, brethren, in whatever state each was called, there let him remain with God.

36If any one thinks that he is not behaving properly toward his betrothed, if his passions are strong, and it has to be, let him do as he wishes: let them marry—it is no sin. 37But whoever is firmly established in his heart, being under no necessity but having his desire under control, and has determined this in his heart, to keep her as his betrothed, he will do well. 38So that he who marries his betrothed does well; and he who refrains from marriage will do better.

39A wife is bound to her husband as long as he lives. If the husband dies, she is free to be married to whom she wishes, only in the Lord. 40But in my judgment she is happier if she remains as she is. And I think that I have the Spirit of God. 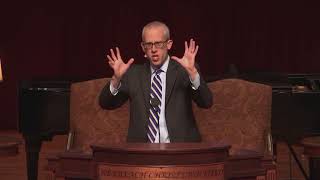