1Brethren, my heart’s desire and prayer to God for them is that they may be saved. 2I bear them witness that they have a zeal for God, but it is not enlightened. 3For, being ignorant of the righteousness that comes from God, and seeking to establish their own, they did not submit to God’s righteousness. 4For Christ is the end of the law, that every one who has faith may be justified.

5Moses writes that the man who practices the righteousness which is based on the law shall live by it. 6But the righteousness based on faith says, Do not say in your heart, “Who will ascend into heaven?” (that is, to bring Christ down) 7or “Who will descend into the abyss?” (that is, to bring Christ up from the dead). 8But what does it say? The word is near you, on your lips and in your heart (that is, the word of faith which we preach); 9because, if you confess with your lips that Jesus is Lord and believe in your heart that God raised him from the dead, you will be saved. 10For man believes with his heart and so is justified, and he confesses with his lips and so is saved. 11The scripture says, “No one who believes in him will be put to shame.” 12For there is no distinction between Jew and Greek; the same Lord is Lord of all and bestows his riches upon all who call upon him. 13For, “every one who calls upon the name of the Lord will be saved.”

14But how are men to call upon him in whom they have not believed? And how are they to believe in him of whom they have never heard? And how are they to hear without a preacher? 15And how can men preach unless they are sent? As it is written, “How beautiful are the feet of those who preach good news!” 16But they have not all obeyed the gospel; for Isaiah says, “Lord, who has believed what he has heard from us?” 17So faith comes from what is heard, and what is heard comes by the preaching of Christ.

18But I ask, have they not heard? Indeed they have; for

“Their voice has gone out to all the earth,

and their words to the ends of the world.”

19Again I ask, did Israel not understand? First Moses says,

“I will make you jealous of those who are not a nation;

with a foolish nation I will make you angry.”

20Then Isaiah is so bold as to say,

“I have been found by those who did not seek me;

I have shown myself to those who did not ask for me.”

21But of Israel he says, “All day long I have held out my hands to a disobedient and contrary people.” 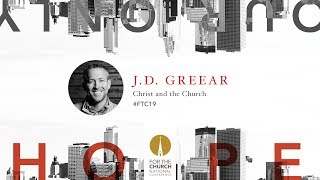