1Paul, called to be an apostle of Jesus Christ through the will of God, and our brother Sosthenes, 2to the assembly of God which is at Corinth—those who are sanctified in Christ Jesus, called saints, with all who call on the name of our Lord Jesus Christ in every place, both theirs and ours: 3Grace to you and peace from God our Father and the Lord Jesus Christ.

4I always thank my God concerning you for the grace of God which was given you in Christ Jesus, 5that in everything you were enriched in him, in all speech and all knowledge— 6even as the testimony of Christ was confirmed in you— 7so that you come behind in no gift, waiting for the revelation of our Lord Jesus Christ, 8who will also confirm you until the end, blameless in the day of our Lord Jesus Christ. 9God is faithful, through whom you were called into the fellowship of his Son, Jesus Christ our Lord.

10Now I beg you, brothers, through the name of our Lord, Jesus Christ, that you all speak the same thing, and that there be no divisions amongst you, but that you be perfected together in the same mind and in the same judgement. 11For it has been reported to me concerning you, my brothers, by those who are from Chloe’s household, that there are contentions amongst you. 12Now I mean this, that each one of you says, “I follow Paul,” “I follow Apollos,” “I follow Cephas,” and, “I follow Christ.” 13Is Christ divided? Was Paul crucified for you? Or were you baptised into the name of Paul? 14I thank God that I baptised none of you except Crispus and Gaius, 15so that no one should say that I had baptised you into my own name. 16(I also baptised the household of Stephanas; besides them, I don’t know whether I baptised any other.) 17For Christ sent me not to baptise, but to preach the Good News—not in wisdom of words, so that the cross of Christ wouldn’t be made void. 18For the word of the cross is foolishness to those who are dying, but to us who are being saved it is the power of God. 19For it is written,

“I will destroy the wisdom of the wise.

20Where is the wise? Where is the scribe? Where is the debater of this age? Hasn’t God made foolish the wisdom of this world? 21For seeing that in the wisdom of God, the world through its wisdom didn’t know God, it was God’s good pleasure through the foolishness of the preaching to save those who believe. 22For Jews ask for signs, Greeks seek after wisdom, 23but we preach Christ crucified, a stumbling block to Jews and foolishness to Greeks, 24but to those who are called, both Jews and Greeks, Christ is the power of God and the wisdom of God; 25because the foolishness of God is wiser than men, and the weakness of God is stronger than men. 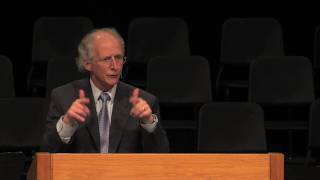 John Piper - The Call of God 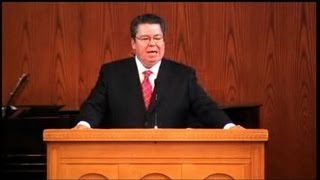 Why Does the Bible Stress the Power of Jesus’s ...