3For I delivered to you first of all that which I also received: that Christ died for our sins according to the Scriptures, 4that he was buried, that he was raised on the third day according to the Scriptures, 5and that he appeared to Cephas, then to the twelve. 6Then he appeared to over five hundred brothers at once, most of whom remain until now, but some have also fallen asleep. 7Then he appeared to James, then to all the apostles, 8and last of all, as to the child born at the wrong time, he appeared to me also. 9For I am the least of the apostles, who is not worthy to be called an apostle, because I persecuted the assembly of God. 10But by the grace of God I am what I am. His grace which was given to me was not futile, but I worked more than all of them; yet not I, but the grace of God which was with me. 11Whether then it is I or they, so we preach, and so you believed.

20But now Christ has been raised from the dead. He became the first fruit of those who are asleep. 21For since death came by man, the resurrection of the dead also came by man. 22For as in Adam all die, so also in Christ all will be made alive. 23But each in his own order: Christ the first fruits, then those who are Christ’s at his coming. 24Then the end comes, when he will deliver up the Kingdom to God the Father, when he will have abolished all rule and all authority and power. 25For he must reign until he has put all his enemies under his feet. 26The last enemy that will be abolished is death. 27For, “He put all things in subjection under his feet.” But when he says, “All things are put in subjection”, it is evident that he is excepted who subjected all things to him. 28When all things have been subjected to him, then the Son will also himself be subjected to him who subjected all things to him, that God may be all in all.

29Or else what will they do who are baptised for the dead? If the dead aren’t raised at all, why then are they baptised for the dead? 30Why do we also stand in jeopardy every hour? 31I affirm, by the boasting in you which I have in Christ Jesus our Lord, I die daily. 32If I fought with animals at Ephesus for human purposes, what does it profit me? If the dead are not raised, then “let’s eat and drink, for tomorrow we die.” 33Don’t be deceived! “Evil companionships corrupt good morals.” 34Wake up righteously and don’t sin, for some have no knowledge of God. I say this to your shame.

51Behold, I tell you a mystery. We will not all sleep, but we will all be changed, 52in a moment, in the twinkling of an eye, at the last trumpet. For the trumpet will sound and the dead will be raised incorruptible, and we will be changed. 53For this perishable body must become imperishable, and this mortal must put on immortality. 54But when this perishable body will have become imperishable, and this mortal will have put on immortality, then what is written will happen: “Death is swallowed up in victory.”

Hades, where is your victory?”

56The sting of death is sin, and the power of sin is the law. 57But thanks be to God, who gives us the victory through our Lord Jesus Christ. 58Therefore, my beloved brothers, be steadfast, immovable, always abounding in the Lord’s work, because you know that your labour is not in vain in the Lord. 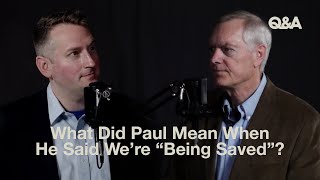 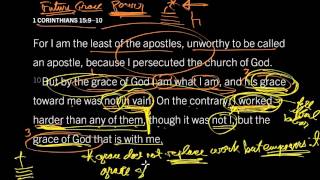 For many, the message of grace means the end of all effort. But the Bible wil... 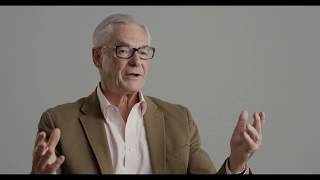 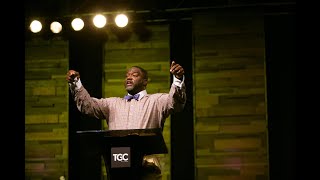 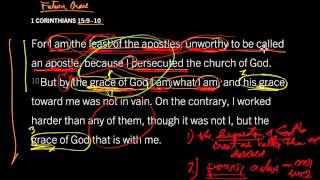 God’s grace rescued one of the worst sinners in history, a man who by his own...