13For I speak to you who are Gentiles. Since then as I am an apostle to Gentiles, I glorify my ministry, 14if by any means I may provoke to jealousy those who are my flesh, and may save some of them. 15For if the rejection of them is the reconciling of the world, what would their acceptance be, but life from the dead?

16If the first fruit is holy, so is the lump. If the root is holy, so are the branches. 17But if some of the branches were broken off, and you, being a wild olive, were grafted in amongst them and became partaker with them of the root and of the richness of the olive tree, 18don’t boast over the branches. But if you boast, remember that it is not you who support the root, but the root supports you. 19You will say then, “Branches were broken off, that I might be grafted in.” 20True; by their unbelief they were broken off, and you stand by your faith. Don’t be conceited, but fear; 21for if God didn’t spare the natural branches, neither will he spare you. 22See then the goodness and severity of God. Towards those who fell, severity; but towards you, goodness, if you continue in his goodness; otherwise you also will be cut off. 23They also, if they don’t continue in their unbelief, will be grafted in, for God is able to graft them in again. 24For if you were cut out of that which is by nature a wild olive tree, and were grafted contrary to nature into a good olive tree, how much more will these, which are the natural branches, be grafted into their own olive tree?

33Oh the depth of the riches both of the wisdom and the knowledge of God! How unsearchable are his judgements, and his ways past tracing out!

Or who has been his counsellor?” 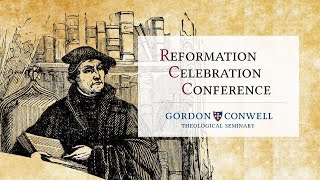