1The LORD spoke to Moses and Aaron in the land of Egypt, saying, 2“This month shall be to you the beginning of months. It shall be the first month of the year to you. 3Speak to all the congregation of Israel, saying, ‘On the tenth day of this month, they shall take to them every man a lamb, according to their fathers’ houses, a lamb for a household; 4and if the household is too little for a lamb, then he and his neighbour next to his house shall take one according to the number of the souls. You shall make your count for the lamb according to what everyone can eat. 5Your lamb shall be without defect, a male a year old. You shall take it from the sheep or from the goats. 6You shall keep it until the fourteenth day of the same month; and the whole assembly of the congregation of Israel shall kill it at evening. 7They shall take some of the blood, and put it on the two door posts and on the lintel, on the houses in which they shall eat it. 8They shall eat the meat in that night, roasted with fire, with unleavened bread. They shall eat it with bitter herbs. 9Don’t eat it raw, nor boiled at all with water, but roasted with fire; with its head, its legs and its inner parts. 10You shall let nothing of it remain until the morning; but that which remains of it until the morning you shall burn with fire. 11This is how you shall eat it: with your belt on your waist, your sandals on your feet, and your staff in your hand; and you shall eat it in haste: it is the LORD’s Passover. 12For I will go through the land of Egypt in that night, and will strike all the firstborn in the land of Egypt, both man and animal. I will execute judgements against all the gods of Egypt. I am the LORD. 13The blood shall be to you for a token on the houses where you are. When I see the blood, I will pass over you, and no plague will be on you to destroy you when I strike the land of Egypt. 14This day shall be a memorial for you. You shall keep it as a feast to the LORD. You shall keep it as a feast throughout your generations by an ordinance forever.

21Then Moses called for all the elders of Israel, and said to them, “Draw out, and take lambs according to your families, and kill the Passover. 22You shall take a bunch of hyssop, and dip it in the blood that is in the basin, and strike the lintel and the two door posts with the blood that is in the basin. None of you shall go out of the door of his house until the morning. 23For the LORD will pass through to strike the Egyptians; and when he sees the blood on the lintel, and on the two door posts, the LORD will pass over the door, and will not allow the destroyer to come in to your houses to strike you. 24You shall observe this thing for an ordinance to you and to your sons forever. 25It shall happen when you have come to the land which the LORD will give you, as he has promised, that you shall keep this service. 26It will happen, when your children ask you, ‘What do you mean by this service?’ 27that you shall say, ‘It is the sacrifice of the LORD’s Passover, who passed over the houses of the children of Israel in Egypt, when he struck the Egyptians, and spared our houses.’ ”

The people bowed their heads and worshipped. 28The children of Israel went and did so; as the LORD had commanded Moses and Aaron, so they did.

33The Egyptians were urgent with the people, to send them out of the land in haste, for they said, “We are all dead men.” 34The people took their dough before it was leavened, their kneading troughs being bound up in their clothes on their shoulders. 35The children of Israel did according to the word of Moses; and they asked of the Egyptians jewels of silver, and jewels of gold, and clothing. 36The LORD gave the people favour in the sight of the Egyptians, so that they let them have what they asked. They plundered the Egyptians.

37The children of Israel travelled from Rameses to Succoth, about six hundred thousand on foot who were men, in addition to children. 38A mixed multitude went up also with them, with flocks, herds, and even very much livestock. 39They baked unleavened cakes of the dough which they brought out of Egypt; for it wasn’t leavened, because they were thrust out of Egypt, and couldn’t wait, and they had not prepared any food for themselves. 40Now the time that the children of Israel lived in Egypt was four hundred and thirty years. 41At the end of four hundred and thirty years, to the day, all of the LORD’s armies went out from the land of Egypt. 42It is a night to be much observed to the LORD for bringing them out from the land of Egypt. This is that night of the LORD, to be much observed by all the children of Israel throughout their generations.

43The LORD said to Moses and Aaron, “This is the ordinance of the Passover. No foreigner shall eat of it, 44but every man’s servant who is bought for money, when you have circumcised him, then shall he eat of it. 45A foreigner and a hired servant shall not eat of it. 46It must be eaten in one house. You shall not carry any of the meat outside of the house. Do not break any of its bones. 47All the congregation of Israel shall keep it. 48When a stranger lives as a foreigner with you, and would like to keep the Passover to the LORD, let all his males be circumcised, and then let him come near and keep it. He shall be as one who is born in the land; but no uncircumcised person shall eat of it. 49One law shall be to him who is born at home, and to the stranger who lives as a foreigner amongst you.” 50All the children of Israel did so. As the LORD commanded Moses and Aaron, so they did. 51That same day, the LORD brought the children of Israel out of the land of Egypt by their armies. 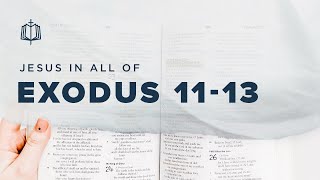 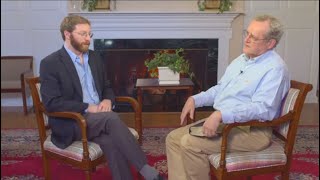