1The word that came to Jeremiah from the LORD, saying, 2“The LORD, the God of Israel, says, ‘Write all the words that I have spoken to you in a book. 3For, behold, the days come,’ says the LORD, ‘that I will reverse the captivity of my people Israel and Judah,’ says the LORD. ‘I will cause them to return to the land that I gave to their fathers, and they will possess it.’ ”

8It will come to pass in that day, says the LORD of Armies, that I will break his yoke from off your neck,

9but they will serve the LORD their God,

12For the LORD says,

and I will heal you of your wounds,” says the LORD,

and their ruler will proceed from amongst them.

for who is he who has had boldness to approach me?” says the LORD.

23Behold, the LORD’s storm, his wrath, has gone out,

24The fierce anger of the LORD will not return until he has accomplished, 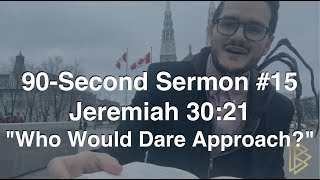 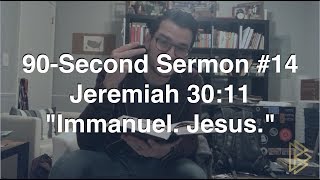