1For the law, having a shadow of the good to come, not the very image of the things, can never with the same sacrifices year by year, which they offer continually, make perfect those who draw near. 2Or else wouldn’t they have ceased to be offered, because the worshippers, having been once cleansed, would have had no more consciousness of sins? 3But in those sacrifices there is a yearly reminder of sins. 4For it is impossible that the blood of bulls and goats should take away sins. 5Therefore when he comes into the world, he says,

8Previously saying, “Sacrifices and offerings and whole burnt offerings and sacrifices for sin you didn’t desire, neither had pleasure in them” (those which are offered according to the law), 9then he has said, “Behold, I have come to do your will.” He takes away the first, that he may establish the second, 10by which will we have been sanctified through the offering of the body of Jesus Christ once for all.

19Having therefore, brothers, boldness to enter into the holy place by the blood of Jesus, 20by the way which he dedicated for us, a new and living way, through the veil, that is to say, his flesh, 21and having a great priest over God’s house, 22let’s draw near with a true heart in fullness of faith, having our hearts sprinkled from an evil conscience and having our body washed with pure water, 23let’s hold fast the confession of our hope without wavering; for he who promised is faithful.

26For if we sin wilfully after we have received the knowledge of the truth, there remains no more a sacrifice for sins, 27but a certain fearful expectation of judgement, and a fierceness of fire which will devour the adversaries. 28A man who disregards Moses’ law dies without compassion on the word of two or three witnesses. 29How much worse punishment do you think he will be judged worthy of who has trodden under foot the Son of God, and has counted the blood of the covenant with which he was sanctified an unholy thing, and has insulted the Spirit of grace? 30For we know him who said, “Vengeance belongs to me. I will repay,” says the Lord. Again, “The Lord will judge his people.” 31It is a fearful thing to fall into the hands of the living God. 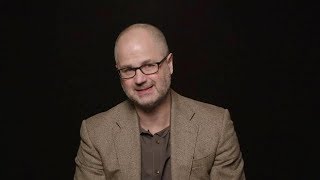