1Therefore let’s also, seeing we are surrounded by so great a cloud of witnesses, lay aside every weight and the sin which so easily entangles us, and let’s run with perseverance the race that is set before us, 2looking to Jesus, the author and perfecter of faith, who for the joy that was set before him endured the cross, despising its shame, and has sat down at the right hand of the throne of God.

18For you have not come to a mountain that might be touched and that burnt with fire, and to blackness, darkness, storm, 19the sound of a trumpet, and the voice of words; which those who heard it begged that not one more word should be spoken to them, 20for they could not stand that which was commanded, “If even an animal touches the mountain, it shall be stoned”. 21So fearful was the appearance that Moses said, “I am terrified and trembling.”

22But you have come to Mount Zion and to the city of the living God, the heavenly Jerusalem, and to innumerable multitudes of angels, 23to the festal gathering and assembly of the firstborn who are enrolled in heaven, to God the Judge of all, to the spirits of just men made perfect, 24to Jesus, the mediator of a new covenant, and to the blood of sprinkling that speaks better than that of Abel.

25See that you don’t refuse him who speaks. For if they didn’t escape when they refused him who warned on the earth, how much more will we not escape who turn away from him who warns from heaven, 26whose voice shook the earth then, but now he has promised, saying, “Yet once more I will shake not only the earth, but also the heavens.” 27This phrase, “Yet once more” signifies the removing of those things that are shaken, as of things that have been made, that those things which are not shaken may remain. 28Therefore, receiving a Kingdom that can’t be shaken, let’s have grace, through which we serve God acceptably, with reverence and awe, 29for our God is a consuming fire. 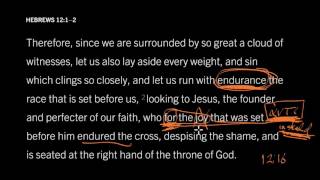 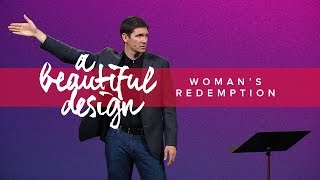