1But I say that so long as the heir is a child, he is no different from a bondservant, though he is lord of all, 2but is under guardians and stewards until the day appointed by the father. 3So we also, when we were children, were held in bondage under the elemental principles of the world. 4But when the fullness of the time came, God sent out his Son, born to a woman, born under the law, 5that he might redeem those who were under the law, that we might receive the adoption as children. 6And because you are children, God sent out the Spirit of his Son into your hearts, crying, “Abba, Father!” 7So you are no longer a bondservant, but a son; and if a son, then an heir of God through Messiah.

8However at that time, not knowing God, you were in bondage to those who by nature are not gods. 9But now that you have come to know God, or rather to be known by God, why do you turn back again to the weak and miserable elemental principles, to which you desire to be in bondage all over again? 10You observe days, months, seasons, and years. 11I am afraid for you, that I might have wasted my labour for you.

12I beg you, brothers, become as I am, for I also have become as you are. You did me no wrong, 13but you know that because of weakness in the flesh I preached the Good News to you the first time. 14That which was a temptation to you in my flesh, you didn’t despise nor reject; but you received me as an angel of God, even as Messiah Yeshua.

15What was the blessing you enjoyed? For I testify to you that, if possible, you would have plucked out your eyes and given them to me. 16So then, have I become your enemy by telling you the truth? 17They zealously seek you in no good way. No, they desire to alienate you, that you may seek them. 18But it is always good to be zealous in a good cause, and not only when I am present with you.

19My little children, of whom I am again in travail until Messiah is formed in you— 20but I could wish to be present with you now, and to change my tone, for I am perplexed about you.

21Tell me, you that desire to be under the law, don’t you listen to the law? 22For it is written that Abraham had two sons, one by the servant, and one by the free woman. 23However, the son by the servant was born according to the flesh, but the son by the free woman was born through promise. 24These things contain an allegory, for these are two covenants. One is from Mount Sinai, bearing children to bondage, which is Hagar. 25For this Hagar is Mount Sinai in Arabia, and answers to the Jerusalem that exists now, for she is in bondage with her children. 26But the Jerusalem that is above is free, which is the mother of us all. 27For it is written,

“Rejoice, you barren who don’t bear.

Break out and shout, you who don’t travail.

For the desolate women have more children than her who has a husband.”

28Now we, brothers, as Isaac was, are children of promise. 29But as then, he who was born according to the flesh persecuted him who was born according to the Spirit, so also it is now. 30However, what does the Scripture say? “Throw out the servant and her son, for the son of the servant will not inherit with the son of the free woman.” 31So then, brothers, we are not children of a servant, but of the free woman. 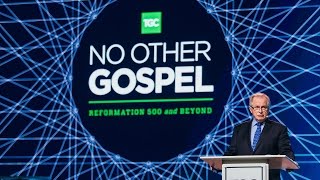 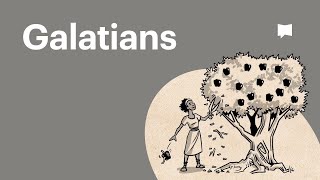