1It is actually reported that there is sexual immorality amongst you, and such sexual immorality as is not even named amongst the Gentiles, that one has his father’s wife. 2You are arrogant, and didn’t mourn instead, that he who had done this deed might be removed from amongst you. 3For I most certainly, as being absent in body but present in spirit, have already, as though I were present, judged him who has done this thing. 4In the name of our Lord Yeshua the Messiah, when you are gathered together with my spirit with the power of our Lord Yeshua the Messiah, 5you are to deliver such a one to Satan for the destruction of the flesh, that the spirit may be saved in the day of the Lord Yeshua.

6Your boasting is not good. Don’t you know that a little yeast leavens the whole lump? 7Purge out the old yeast, that you may be a new lump, even as you are unleavened. For indeed Messiah, our Passover, has been sacrificed in our place. 8Therefore let’s keep the feast, not with old yeast, neither with the yeast of malice and wickedness, but with the unleavened bread of sincerity and truth.

9I wrote to you in my letter to have no company with sexual sinners; 10yet not at all meaning with the sexual sinners of this world, or with the covetous and extortionists, or with idolaters, for then you would have to leave the world. 11But as it is, I wrote to you not to associate with anyone who is called a brother who is a sexual sinner, or covetous, or an idolater, or a slanderer, or a drunkard, or an extortionist. Don’t even eat with such a person. 12For what do I have to do with also judging those who are outside? Don’t you judge those who are within? 13But those who are outside, God judges. “Put away the wicked man from amongst yourselves.” 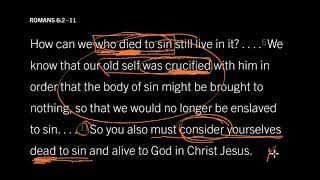