1Now before the feast of the Passover, Yeshua, knowing that his time had come that he would depart from this world to the Father, having loved his own who were in the world, he loved them to the end. 2During supper, the devil having already put into the heart of Judah Iscariot, Simon’s son, to betray him, 3Yeshua, knowing that the Father had given all things into his hands, and that he came from God and was going to God, 4arose from supper, and laid aside his outer garments. He took a towel and wrapped a towel around his waist. 5Then he poured water into the basin, and began to wash the disciples’ feet and to wipe them with the towel that was wrapped around him. 6Then he came to Simon Peter. He said to him, “Lord, do you wash my feet?”

7Yeshua answered him, “You don’t know what I am doing now, but you will understand later.”

8Peter said to him, “You will never wash my feet!”

Yeshua answered him, “If I don’t wash you, you have no part with me.”

9Simon Peter said to him, “Lord, not my feet only, but also my hands and my head!”

10Yeshua said to him, “Someone who has bathed only needs to have his feet washed, but is completely clean. You are clean, but not all of you.”11For he knew him who would betray him; therefore he said, “You are not all clean.”12So when he had washed their feet, put his outer garment back on, and sat down again, he said to them, “Do you know what I have done to you?13You call me, ‘Rabbi’ and ‘Lord.’ You say so correctly, for so I am.14If I then, the Lord and the Rabbi, have washed your feet, you also ought to wash one another’s feet.15For I have given you an example, that you should also do as I have done to you.16Most certainly I tell you, a servant is not greater than his lord, neither is one who is sent greater than he who sent him.17If you know these things, blessed are you if you do them.18I don’t speak concerning all of you. I know whom I have chosen; but that the Scripture may be fulfilled, ‘He who eats bread with me has lifted up his heel against me.’19From now on, I tell you before it happens, that when it happens, you may believe that I am he.20Most certainly I tell you, he who receives whomever I send, receives me; and he who receives me, receives him who sent me.”

21When Yeshua had said this, he was troubled in spirit, and testified, “Most certainly I tell you that one of you will betray me.”

22The disciples looked at one another, perplexed about whom he spoke. 23One of his disciples, whom Yeshua loved, was at the table, leaning against Yeshua’s breast. 24Simon Peter therefore beckoned to him, and said to him, “Tell us who it is of whom he speaks.”

Then Yeshua said to him, “What you do, do quickly.”

28Now nobody at the table knew why he said this to him. 29For some thought, because Judah had the money box, that Yeshua said to him, “Buy what things we need for the feast,” or that he should give something to the poor. 30Therefore having received that morsel, he went out immediately. It was night.

36Simon Peter said to him, “Lord, where are you going?”

38Yeshua answered him, “Will you lay down your life for me? Most certainly I tell you, the rooster won’t crow until you have denied me three times. 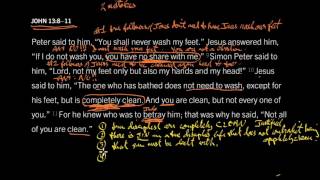 The word “power” often brings to mind the image of a mighty dictator or rolli... 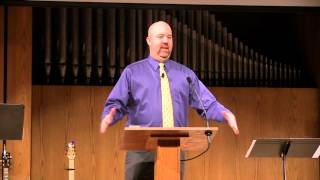 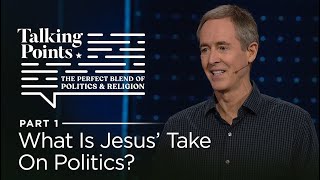 Your favorite candidate will win or lose based on how our country votes this ...