1Since many have undertaken to set in order a narrative concerning those matters which have been fulfilled amongst us, 2even as those who from the beginning were eyewitnesses and servants of the word delivered them to us, 3it seemed good to me also, having traced the course of all things accurately from the first, to write to you in order, most excellent Theophilus; 4that you might know the certainty concerning the things in which you were instructed.

5There was in the days of Herod, the king of Judea, a certain priest named Zechariah, of the priestly division of Abijah. He had a wife of the daughters of Aaron, and her name was Elisheva. 6They were both righteous before God, walking blamelessly in all the commandments and ordinances of the Lord. 7But they had no child, because Elisheva was barren, and they both were well advanced in years.

11An angel of the Lord appeared to him, standing on the right side of the altar of incense. 12Zechariah was troubled when he saw him, and fear fell upon him. 13But the angel said to him, “Don’t be afraid, Zechariah, because your request has been heard. Your wife, Elisheva, will bear you a son, and you shall call his name Yochanan. 14You will have joy and gladness, and many will rejoice at his birth. 15For he will be great in the sight of the Lord, and he will drink no wine nor strong drink. He will be filled with the Holy Spirit, even from his mother’s womb. 16He will turn many of the children of Israel to the Lord their God. 17He will go before him in the spirit and power of Elijah, ‘to turn the hearts of the fathers to the children,’ and the disobedient to the wisdom of the just; to prepare a people prepared for the Lord.”

18Zechariah said to the angel, “How can I be sure of this? For I am an old man, and my wife is well advanced in years.”

21The people were waiting for Zechariah, and they marvelled that he delayed in the temple. 22When he came out, he could not speak to them. They perceived that he had seen a vision in the temple. He continued making signs to them, and remained mute. 23When the days of his service were fulfilled, he departed to his house. 24After these days Elisheva his wife conceived, and she hid herself five months, saying, 25“Thus has the Lord done to me in the days in which he looked at me, to take away my reproach amongst men.”

26Now in the sixth month, the angel Gabriel was sent from God to a city of Galilee named Nazareth, 27to a virgin pledged to be married to a man whose name was Joseph, of David’s house. The virgin’s name was Miriam. 28Having come in, the angel said to her, “Rejoice, you highly favoured one! The Lord is with you. Blessed are you amongst women!”

29But when she saw him, she was greatly troubled at the saying, and considered what kind of salutation this might be. 30The angel said to her, “Don’t be afraid, Miriam, for you have found favour with God. 31Behold, you will conceive in your womb and give birth to a son, and shall name him ‘Yeshua.’ 32He will be great and will be called the Son of the Most High. The Lord God will give him the throne of his father David, 33and he will reign over the house of Jacob forever. There will be no end to his Kingdom.”

34Miriam said to the angel, “How can this be, seeing I am a virgin?”

35The angel answered her, “The Holy Spirit will come on you, and the power of the Most High will overshadow you. Therefore also the holy one who is born from you will be called the Son of God. 36Behold, Elisheva your relative also has conceived a son in her old age; and this is the sixth month with her who was called barren. 37For nothing spoken by God is impossible.”

38Miriam said, “Behold, the servant of the Lord; let it be done to me according to your word.”

39Miriam arose in those days and went into the hill country with haste, into a city of Judah, 40and entered into the house of Zechariah and greeted Elisheva. 41When Elisheva heard Miriam’s greeting, the baby leapt in her womb; and Elisheva was filled with the Holy Spirit. 42She called out with a loud voice and said, “Blessed are you amongst women, and blessed is the fruit of your womb! 43Why am I so favoured, that the mother of my Lord should come to me? 44For behold, when the voice of your greeting came into my ears, the baby leapt in my womb for joy! 45Blessed is she who believed, for there will be a fulfilment of the things which have been spoken to her from the Lord!”

47My spirit has rejoiced in God my Saviour,

56Miriam stayed with her about three months, and then returned to her house.

57Now the time that Elisheva should give birth was fulfilled, and she gave birth to a son. 58Her neighbours and her relatives heard that the Lord had magnified his mercy towards her, and they rejoiced with her. 59On the eighth day, they came to circumcise the child; and they would have called him Zechariah, after the name of his father. 60His mother answered, “Not so; but he will be called Yochanan.”

61They said to her, “There is no one amongst your relatives who is called by this name.” 62They made signs to his father, what he would have him called.

63He asked for a writing tablet, and wrote, “His name is Yochanan.”

They all marvelled. 64His mouth was opened immediately and his tongue freed, and he spoke, blessing God. 65Fear came on all who lived around them, and all these sayings were talked about throughout all the hill country of Judea. 66All who heard them laid them up in their heart, saying, “What then will this child be?” The hand of the Lord was with him.

67His father Zechariah was filled with the Holy Spirit, and prophesied, saying,

72to show mercy towards our fathers, 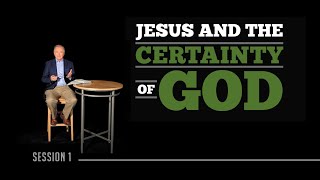 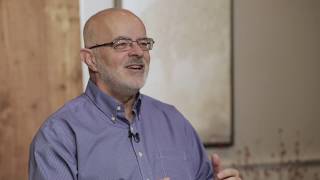 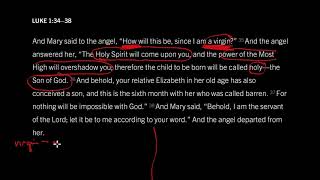 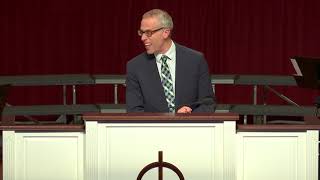