1“Comfort, comfort my people,” says your God. 2“Speak comfortably to Jerusalem, and call out to her that her warfare is accomplished, that her iniquity is pardoned, that she has received of the LORD’s hand double for all her sins.”

3The voice of one who calls out,

“Prepare the way of the LORD in the wilderness!

Make a level highway in the desert for our God.

4Every valley shall be exalted,

and every mountain and hill shall be made low.

The uneven shall be made level,

and the rough places a plain.

5The LORD’s glory shall be revealed,

and all flesh shall see it together;

for the mouth of the LORD has spoken it.”

and all its glory is like the flower of the field.

because the LORD’s breath blows on it.

but the word of our God stands forever.”

9You who tell good news to Zion, go up on a high mountain.

You who tell good news to Jerusalem, lift up your voice with strength!

Lift it up! Don’t be afraid!

Say to the cities of Judah, “Behold, your God!”

10Behold, the Lord GOD will come as a mighty one,

and his arm will rule for him.

Behold, his reward is with him,

and his recompense before him.

He will gather the lambs in his arm,

and carry them in his bosom.

He will gently lead those who have their young.

12Who has measured the waters in the hollow of his hand,

and marked off the sky with his span,

and calculated the dust of the earth in a measuring basket,

and weighed the mountains in scales,

and the hills in a balance?

13Who has directed the LORD’s Spirit,

or has taught him as his counsellor?

14Who did he take counsel with,

and who instructed him,

and taught him in the path of justice,

and taught him knowledge,

and showed him the way of understanding?

15Behold, the nations are like a drop in a bucket,

and are regarded as a speck of dust on a balance.

Behold, he lifts up the islands like a very little thing.

16Lebanon is not sufficient to burn,

nor its animals sufficient for a burnt offering.

They are regarded by him as less than nothing, and vanity.

18To whom then will you liken God?

Or what likeness will you compare to him?

19A workman has cast an image,

and the goldsmith overlays it with gold,

and casts silver chains for it.

20He who is too impoverished for such an offering chooses a tree that will not rot.

He seeks a skilful workman to set up a carved image for him that will not be moved.

Haven’t you been told from the beginning?

Haven’t you understood from the foundations of the earth?

22It is he who sits above the circle of the earth,

and spreads them out like a tent to dwell in,

23who brings princes to nothing,

who makes the judges of the earth meaningless.

24They are planted scarcely.

They are sown scarcely.

Their stock has scarcely taken root in the ground.

He merely blows on them, and they wither,

and the whirlwind takes them away as stubble.

25“To whom then will you liken me?

Who is my equal?” says the Holy One.

26Lift up your eyes on high,

and see who has created these,

who brings out their army by number.

He calls them all by name.

and because he is strong in power,

not one is lacking.

“My way is hidden from the LORD,

and the justice due me is disregarded by my God?”

The everlasting God, the LORD,

the Creator of the ends of the earth, doesn’t faint.

His understanding is unsearchable.

29He gives power to the weak.

He increases the strength of him who has no might.

30Even the youths faint and get weary,

and the young men utterly fall;

31but those who wait for the LORD will renew their strength.

They will run, and not be weary.

They will walk, and not faint. 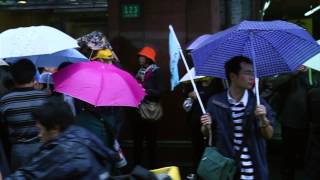 Why We Need the Bible - Francis Chan

"We need to get people understanding it for themselves." - Francis Chan