1“Woe to the shepherds who are destroying and scattering the sheep of my pasture!” declares the Lord. 2Therefore this is what the Lord, the God of Israel, says to the shepherds who tend my people: “Because you have scattered my flock and driven them away and have not bestowed care on them, I will bestow punishment on you for the evil you have done,” declares the Lord. 3“I myself will gather the remnant of my flock out of all the countries where I have driven them and will bring them back to their pasture, where they will be fruitful and increase in number. 4I will place shepherds over them who will tend them, and they will no longer be afraid or terrified, nor will any be missing,” declares the Lord.

5“The days are coming,” declares the Lord,

“when I will raise up for David a righteous Branch,

a King who will reign wisely

and do what is just and right in the land.

6In his days Judah will be saved

and Israel will live in safety.

This is the name by which he will be called:

The Lord Our Righteous Savior.

My heart is broken within me;

all my bones tremble.

because of the Lord

and his holy words.

10The land is full of adulterers;

because of the curse the land lies parched

and the pastures in the wilderness are withered.

and use their power unjustly.

11“Both prophet and priest are godless;

even in my temple I find their wickedness,”

12“Therefore their path will become slippery;

they will be banished to darkness

and there they will fall.

I will bring disaster on them

in the year they are punished,”

13“Among the prophets of Samaria

I saw this repulsive thing:

They prophesied by Baal

and led my people Israel astray.

14And among the prophets of Jerusalem

I have seen something horrible:

They commit adultery and live a lie.

so that not one of them turns from their wickedness.

15Therefore this is what the Lord Almighty says concerning the prophets:

“I will make them eat bitter food

because from the prophets of Jerusalem

ungodliness has spread throughout the land.”

16This is what the Lord Almighty says:

“Do not listen to what the prophets are prophesying to you;

they fill you with false hopes.

They speak visions from their own minds,

not from the mouth of the Lord.

17They keep saying to those who despise me,

‘The Lord says: You will have peace.’

And to all who follow the stubbornness of their hearts

they say, ‘No harm will come to you.’

to see or to hear his word?

Who has listened and heard his word?

19See, the storm of the Lord

will burst out in wrath,

a whirlwind swirling down

on the heads of the wicked.

20The anger of the Lord will not turn back

until he fully accomplishes

the purposes of his heart.

In days to come

you will understand it clearly.

21I did not send these prophets,

yet they have run with their message;

I did not speak to them,

yet they have prophesied.

they would have proclaimed my words to my people

and would have turned them from their evil ways

and from their evil deeds.

“and not a God far away?

24Who can hide in secret places

so that I cannot see them?”

“Do not I fill heaven and earth?”

25“I have heard what the prophets say who prophesy lies in my name. They say, ‘I had a dream! I had a dream!’ 26How long will this continue in the hearts of these lying prophets, who prophesy the delusions of their own minds? 27They think the dreams they tell one another will make my people forget my name, just as their ancestors forgot my name through Baal worship. 28Let the prophet who has a dream recount the dream, but let the one who has my word speak it faithfully. For what has straw to do with grain?” declares the Lord. 29“Is not my word like fire,” declares the Lord, “and like a hammer that breaks a rock in pieces? 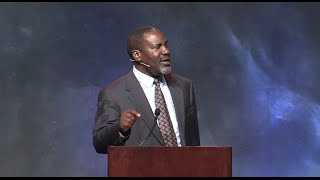 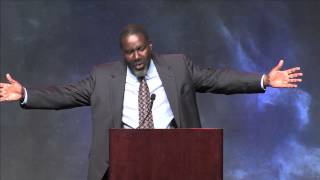