The Branch From Jesse

1A shoot will come up from the stump of Jesse;

from his roots a Branch will bear fruit.

2The Spirit of the Lord will rest on him—

the Spirit of wisdom and of understanding,

the Spirit of the knowledge and fear of the Lord—

3and he will delight in the fear of the Lord.

He will not judge by what he sees with his eyes,

or decide by what he hears with his ears;

4but with righteousness he will judge the needy,

with justice he will give decisions for the poor of the earth.

with the breath of his lips he will slay the wicked.

5Righteousness will be his belt

and faithfulness the sash around his waist.

the leopard will lie down with the goat,

the calf and the lion and the yearling together;

7The cow will feed with the bear,

their young will lie down together,

and the lion will eat straw like the ox.

8The infant will play near the cobra’s den,

and the young child will put its hand into the viper’s nest.

9They will neither harm nor destroy

on all my holy mountain,

10In that day the Root of Jesse will stand as a banner for the peoples; the nations will rally to him, and his resting place will be glorious. 11In that day the Lord will reach out his hand a second time to reclaim the surviving remnant of his people from Assyria, from Lower Egypt, from Upper Egypt, from Cush, from Elam, from Babylonia, from Hamath and from the islands of the Mediterranean.

12He will raise a banner for the nations

and gather the exiles of Israel;

he will assemble the scattered people of Judah

from the four quarters of the earth.

and Judah’s enemies will be destroyed;

Ephraim will not be jealous of Judah,

nor Judah hostile toward Ephraim.

14They will swoop down on the slopes of Philistia to the west;

together they will plunder the people to the east.

They will subdue Edom and Moab,

and the Ammonites will be subject to them.

15The Lord will dry up

the gulf of the Egyptian sea;

with a scorching wind he will sweep his hand

over the Euphrates River.

He will break it up into seven streams

so that anyone can cross over in sandals.

16There will be a highway for the remnant of his people

that is left from Assyria,

as there was for Israel

when they came up from Egypt. 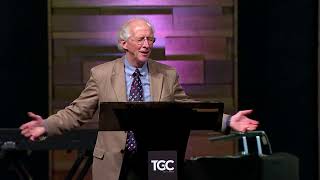