1My little children, I am writing these things to you so that you may not sin. But if anyone does sin, we have an advocate with the Father, Jesus Christ the righteous; 2and he is the atoning sacrifice for our sins, and not for ours only but also for the sins of the whole world.

12I am writing to you, little children,

because your sins are forgiven on account of his name.

13I am writing to you, fathers,

because you know him who is from the beginning.

I am writing to you, young people,

because you have conquered the evil one.

14I write to you, children,

because you know the Father.

I write to you, fathers,

because you know him who is from the beginning.

I write to you, young people,

because you are strong

and the word of God abides in you,

and you have overcome the evil one.

18Children, it is the last hour! As you have heard that antichrist is coming, so now many antichrists have come. From this we know that it is the last hour. 19They went out from us, but they did not belong to us; for if they had belonged to us, they would have remained with us. But by going out they made it plain that none of them belongs to us. 20But you have been anointed by the Holy One, and all of you have knowledge. 21I write to you, not because you do not know the truth, but because you know it, and you know that no lie comes from the truth. 22Who is the liar but the one who denies that Jesus is the Christ? This is the antichrist, the one who denies the Father and the Son. 23No one who denies the Son has the Father; everyone who confesses the Son has the Father also. 24Let what you heard from the beginning abide in you. If what you heard from the beginning abides in you, then you will abide in the Son and in the Father. 25And this is what he has promised us, eternal life.

26I write these things to you concerning those who would deceive you. 27As for you, the anointing that you received from him abides in you, and so you do not need anyone to teach you. But as his anointing teaches you about all things, and is true and is not a lie, and just as it has taught you, abide in him.

28And now, little children, abide in him, so that when he is revealed we may have confidence and not be put to shame before him at his coming.

29If you know that he is righteous, you may be sure that everyone who does right has been born of him. 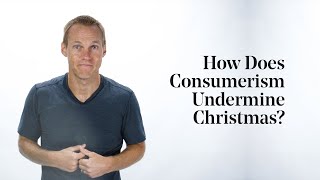