a curse that is causeless does not alight.

3A whip for the horse, a bridle for the donkey,

and a rod for the back of fools.

4Answer not a fool according to his folly,

6Whoever sends a message by the hand of a fool

cuts off his own feet and drinks violence.

8Like one who binds the stone in the sling

is one who gives honor to a fool.

is one who hires a passing fool or drunkard.

is a fool who repeats his folly.

12Do you see a man who is wise in his own eyes?

There is a lion in the streets!”

14As a door turns on its hinges,

so does a sluggard on his bed.

15The sluggard buries his hand in the dish;

it wears him out to bring it back to his mouth.

than seven men who can answer sensibly.

17Whoever meddles in a quarrel not his own

is like one who takes a passing dog by the ears.

18Like a madman who throws firebrands, arrows, and death

19is the man who deceives his neighbor

20For lack of wood the fire goes out,

and where there is no whisperer, quarreling ceases.

21As charcoal to hot embers and wood to fire,

so is a quarrelsome man for kindling strife.

22The words of a whisperer are like delicious morsels;

they go down into the inner parts of the body.

are fervent lips with an evil heart.

24Whoever hates disguises himself with his lips

and harbors deceit in his heart;

25when he speaks graciously, believe him not,

for there are seven abominations in his heart;

26though his hatred be covered with deception,

his wickedness will be exposed in the assembly.

27Whoever digs a pit will fall into it,

and a stone will come back on him who starts it rolling.

28A lying tongue hates its victims, 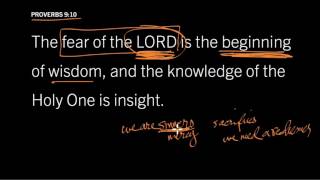 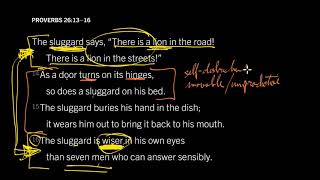 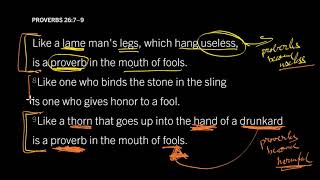 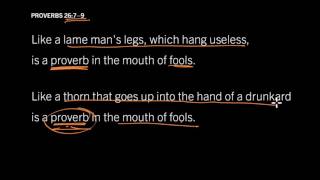