1Now there was a man of the Pharisees, named Nicodemus, a ruler of the Jews: 2the same came unto him by night, and said to him, Rabbi, we know that thou art a teacher come from God; for no one can do these signs that thou doest, except God be with him. 3Jesus answered and said unto him, Verily, verily, I say unto thee, Except one be born anew, he cannot see the kingdom of God. 4Nicodemus saith unto him, How can a man be born when he is old? can he enter a second time into his mother’s womb, and be born? 5Jesus answered, Verily, verily, I say unto thee, Except one be born of water and the Spirit, he cannot enter into the kingdom of God. 6That which is born of the flesh is flesh; and that which is born of the Spirit is spirit. 7Marvel not that I said unto thee, Ye must be born anew. 8The wind bloweth where it will, and thou hearest the voice thereof, but knowest not whence it cometh, and whither it goeth: so is every one that is born of the Spirit. 9Nicodemus answered and said unto him, How can these things be? 10Jesus answered and said unto him, Art thou the teacher of Israel, and understandest not these things? 11Verily, verily, I say unto thee, We speak that which we know, and bear witness of that which we have seen; and ye receive not our witness. 12If I told you earthly things and ye believe not, how shall ye believe if I tell you heavenly things? 13And no one hath ascended into heaven, but he that descended out of heaven, even the Son of man, who is in heaven. 14And as Moses lifted up the serpent in the wilderness, even so must the Son of man be lifted up; 15that whosoever believeth may in him have eternal life.

16For God so loved the world, that he gave his only begotten Son, that whosoever believeth on him should not perish, but have eternal life. 17For God sent not the Son into the world to judge the world; but that the world should be saved through him. 18He that believeth on him is not judged: he that believeth not hath been judged already, because he hath not believed on the name of the only begotten Son of God. 19And this is the judgment, that the light is come into the world, and men loved the darkness rather than the light; for their works were evil. 20For every one that doeth evil hateth the light, and cometh not to the light, lest his works should be reproved. 21But he that doeth the truth cometh to the light, that his works may be made manifest, that they have been wrought in God.

22After these things came Jesus and his disciples into the land of Judæa; and there he tarried with them, and baptized. 23And John also was baptizing in Ænon near to Salim, because there was much water there: and they came, and were baptized. 24For John was not yet cast into prison. 25There arose therefore a questioning on the part of John’s disciples with a Jew about purifying. 26And they came unto John, and said to him, Rabbi, he that was with thee beyond the Jordan, to whom thou hast borne witness, behold, the same baptizeth, and all men come to him. 27John answered and said, A man can receive nothing, except it have been given him from heaven. 28Ye yourselves bear me witness, that I said, I am not the Christ, but, that I am sent before him. 29He that hath the bride is the bridegroom: but the friend of the bridegroom, that standeth and heareth him, rejoiceth greatly because of the bridegroom’s voice: this my joy therefore is made full. 30He must increase, but I must decrease.

31He that cometh from above is above all: he that is of the earth is of the earth, and of the earth he speaketh: he that cometh from heaven is above all. 32What he hath seen and heard, of that he beareth witness; and no man receiveth his witness. 33He that hath received his witness hath set his seal to this, that God is true. 34For he whom God hath sent speaketh the words of God: for he giveth not the Spirit by measure. 35The Father loveth the Son, and hath given all things into his hand. 36He that believeth on the Son hath eternal life; but he that obeyeth not the Son shall not see life, but the wrath of God abideth on him. 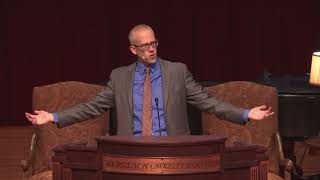 Kevin DeYoung | What Are You Thinking? 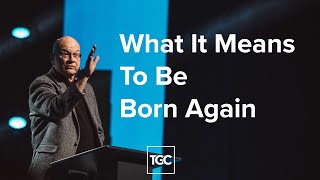 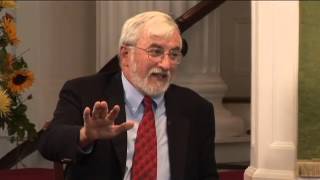