This short film documents the friendship between Bono (of the band U2) and Eugene Peterson (author of contemporary-language Bible translation The Message) revolving around their common interest in the Psalms. Based on interviews conducted by Fuller Seminary faculty member David Taylor and produced in association with Fourth Line Films, the film highlights in particular a conversation on the Psalms that took place between Bono, Peterson, and Taylor at Peterson’s Montana home. The film is featured exclusively through FULLER studio, a site offering resources—videos, podcasts, reflections, stories—for all who seek deeply formed spiritual lives. Explore these resources, on the Psalms and a myriad of other topics, at http://Fuller.edu/Studio. © Fuller Theological Seminary / Fuller Studio a Fourth Line Films production, in association with Fuller's Brehm Center Texas and W. David O. Taylor Bono: [Video message, 2002] Mr. Peterson, Eugene, my name is Bono. I'm the singer with the group U2 and wanted to video message you my thanks and our thanks from the band for this remarkable work you've done. There's been some great translations, very literary translations, but no translation that I've read that speaks to me in my own language, so I want to thank you for that. Take a rest now, won't you? Bye. Eugene Peterson: I’d never heard of Bono before. Then one of my students showed up in class with a copy of the Rolling Stones—Rolling Stones?—and in it there was an interview with Bono in which he talked about me and The Message. He used some slangy language about who I was, and I said, "Who's Bono?" They were dumbfounded I'd never heard of Bono, but that's not the circle I really travel in very much. That's how I first heard about him. Then people started bringing me his music, and I listened to his music, and I thought, "I like this guy." After a while I started feeling quite pleased that he knew me. [Interview at Point Loma Nazarene University, 2007:] Dean Nelson: Yes, but the rest of the story is that he invited you to come and hang with them for a while. You turned him down. Eugene Peterson: I was pushing a deadline on The Message. I was finishing up the Old Testament at the time, and I really couldn't do it. Dean Nelson: You may be the only person alive who would turn down the opportunity just to make a deadline. I mean, come on. It's Bono, for crying out loud! Eugene Peterson: Dean, he was Isaiah. Dean Nelson: Yeah. Jan Peterson: The Old Testament is a long, long book, much longer than the New Testament, and it did take a long time and a lot of devotion on both of our parts to have that happen. Bono: I have to say, in the last years, Eugene's writing has kept me as sane as this is, if you call it sane, which you probably won't. Run With the Horses, that's a powerful manual for me, and it includes a lot of incendiary ideas. I hadn't really thought of Jeremiah as a performance artist. Why do we need art? Why do we need the lyric poetry of the Psalms? Why do we need them? Because the only way we can approach God is if we're honest through metaphor, through symbol. Art becomes essential, not decorative. I learned about art, I learned about the Prophets, I learned about Jeremiah with that book, and that really changed me. Eugene Peterson: Then several years later...This was about 4 years ago, 4 or 5 years ago...Bono would like Jan and me to come to Dallas for a concert. We went to the concert. He was very sensitive to us. We were really well cared for, had really good seats. I'd never seen a mash pit before. That was my introduction to the mash pit. Is it a pit? (Voice off camera): It's a mosh pit. Eugene Peterson: Mosh pit. Okay. You can see how uneducated I am in this world. We had a 3-hour lunch. We just had a lovely conversation. It was very personal, relational. He didn't put me on any kind of a pedestal, and I didn't him, so we were very natural with each other. Through that 3-hour conversation, I was just really taken by the simplicity of his life, of who he was, who he is. There was no pretension to him. At that point I just felt like he was a companion in the faith. [About U2’s song “40,” based on Psalm 40:] I think it's one of his best ones. He sings it a lot. I mean, he does this a lot. It's one of the songs that reaches into the hurt and disappointment and difficulty of being a human being. It acknowledges that in language that is immediately recognizable. There's something that reaches into the heart of a person and the stuff we all feel but many of us don't talk about. Bono: [Quoting from The Message’s translation of Psalm 40:] I waited and waited and waited for God. At last he looked. Finally he listened. He lifted me out of the ditch. He pulled me from deep mud, stood me up on a solid rock to make sure that I wouldn't slip. He taught me how to sing the latest God-song... For more resources for a deeply formed spiritual life, visit: https://fullerstudio.fuller.edu now. 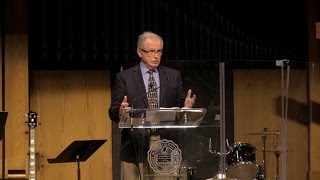 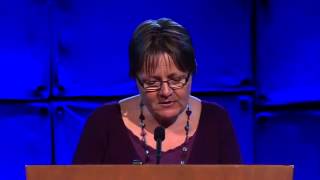 From a Miry Swamp: The God Who Comes and Delivers

Tim Keller | Prayer in the Psalms: Discovering How to Pray

Timothy Keller preaches on the Psalms as the prayerbook of the Bible in this ... 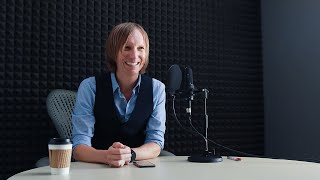 Introduction to 1 and 2 Thessalonians