John Piper serves as founder and lead teacher at Desiring God and is chancellor of Bethlehem College & Seminary. For 33 ye...

Most people in the world have no experience of lasting joy in their lives. We're on a mission to change that. All of our r...

Desiring God and Bethlehem College & Seminary hosted “An Evening on Eschatology” in Minneapolis n September 27, 2009. It was attended by about 800 people who sat in the darkened sanctuary while six cameras were trained on the brightly lit roundtable where the four participants sat in a circle. For two hours I (John Piper) moderated, more or less, a discussion among Jim Hamilton (professor of New Testament at Southern Seminary in Louisville), Sam Storms (pastor of Bridgeway Church in Oklahoma City), and Doug Wilson (pastor of Christ Church, Moscow, Idaho). The discussion was intended to focus on the relationship between the thousand-year reign of Christ mentioned in Revelation 20 and the return of Christ to this earth visibly and physically to reign. This thousand years is usually called “the millennium.” Revelation 20 is the only place in the Bible where the length of this period is mentioned. “Then I saw an angel coming down from heaven, holding in his hand the key to the bottomless pit and a great chain. And he seized the dragon, that ancient serpent, who is the devil and Satan, and bound him for a thousand years, and threw him into the pit, and shut it and sealed it over him, so that he might not deceive the nations any longer, until the thousand years were ended. After that he must be released for a little while. . . those who had not worshiped the beast . . . came to life and reigned with Christ for a thousand years. . . . And when the thousand years are ended, Satan will be released from his prison and will come out to deceive the nations” (Revelation 20:1–4, 7–8). Concerning this thousand years (millennium), there have been three major views in the history of the church. Each of these views was represented in the discussion by an advocate who believes the view to be true. Premillennialism (represented by Jim Hamilton): The return of Christ happens before (pre-) the thousand-year reign of Christ, which is a reign of the risen Christ on the earth. Amillennialism (represented by Sam Storms): The return of Christ happens after the thousand-year reign, a reign that occurs in heaven, in the intermediate state, and not upon the earth. Those who have died in faith and entered into the presence of Christ share his rule and reign during the current church age in which we now live. Postmillennialism (represented by Doug Wilson): The return of Christ happens after (post-) the thousand-year reign, which corresponds to the Christian age, and the reign of Christ from heaven leads the church to triumph by and through the gospel to such an extent that the Great Commission will be successfully fulfilled, and the Christian faith will pervade all the cultures of all the nations of men. All Christ’s enemies will be subdued in this way, with the exception of death, which he will destroy by his coming. None of the views insists that the “thousand years” is an exact number, but all of them allow that it may be symbolic of a very long time (from a human standpoint). As moderator, I tried to see that each view was fairly represented and defended. My own view is the one represented by Jim Hamilton — historic premillennialism. I think amillenialism is the next most plausible view. Postmillennialism has a long and respected history. In fact, the most influential dead theologian in my life, Jonathan Edwards, was a postmillennialist. Indeed, most of the early missionaries of the modern missionary movement, like William Carey, shared this view as well — the strong conviction that the gospel would triumph in all the world and subdue all other religions, with gospel power, not military power. There are biblically attractive things about each of these views, and none of them, in their best representation, bears such marks as to suggest the advocates are undermining the precious gospel of Christ. On the contrary, each of them has strengths that specifically honor parts of the Bible that the others seem to honor less. Postmillennialism seems to honor the power of the gospel and the promises for the Old Testament for the triumph of God’s people over all the nations. Amillennialism seems to honor the warnings of bleak end times as well as the seamlessness between Christ’s coming and the immediate destruction of death, the removal of the enemies of the cross, and the beginning of the new heavens and new earth. Premillennialism seems to honor the plainest meaning of Revelation 20 and the seemingly literal meaning of many Old Testament promises. All of these views are upheld by teachers who warmly embrace the inspiration, authority, and inerrancy of the Bible. This is especially true of the roundtable participants. We were glad to host this event with a view to showing that across these differences of interpretation (which were vigorously defended in the discussion) there is a profound brotherhood in the gospel.... Read more at http://desiringgod.org/interviews/an-evening-of-eschatology 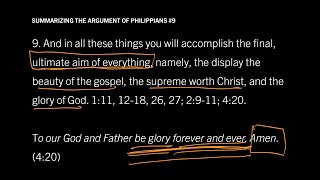 What is the Millennial Reign of Christ in Revel...

How a Prosperity Preacher Abuses a Verse: Luke ... 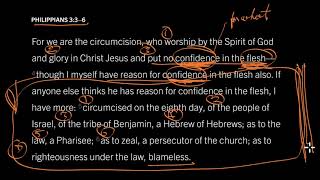 Put No Confidence in the Flesh: Philippians 3:2–7

Watch our overview video on Revelation 12-22, which breaks down the literary ... 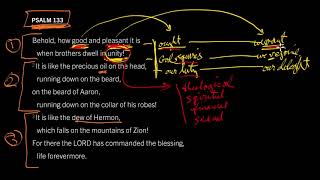 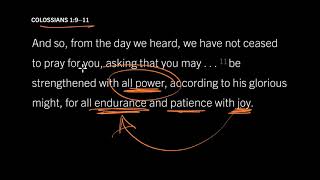 Where to Turn When Suffering Comes: Philippians...